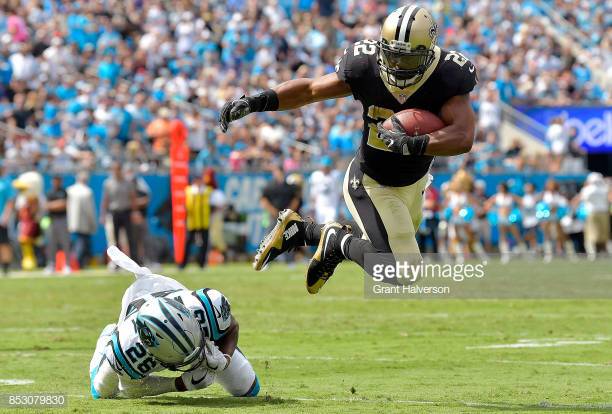 Le’Veon Bell is still a Steeler for one more season. But knowing it’s likely to be his last, it’s hard not to think about eventual replacements for him. We are looking pretty far out, and lots can and will change during the season, but here’s a list of eligible 2018 free agents Pittsburgh could target. The draft is definitely an option as well, but that’s even murkier to weed through and frankly, I’m not at all well-versed on who possible candidates are.

These are in no particular order.

Ameer Abdullah/DET – I’ve always been a fan of Abdullah and thought he’s been undervalued in Detroit. But right now, he’s buried on the depth chart and could open up the year as the #4. I know productivity has been tough, holding a career average of just 3.8 YPC, but he’s a threat in the open field (his kick return background speaks to that), who can catch out of the backfield, too.

Abdullah has ten runs of 20+ yards since 2015, only one fewer than Bell. And he’s working with a fraction of the carries.

Tevin Coleman/ATL – Coleman might be one of the most popular names who end up connected with the Steelers. Waiting to get out of Devonta Freeman’s shadow, Coleman has strung together three successful season with the Falcons. He’s averaging a healthy 4.3 yards per carry in his career to go along with 60 receptions.

Bilal Powell/NYJ – Another favorite of mine. Powell may get the axe, or dealt, before the season even starts, falling down the depth chart similar to Abdullah. Powell is getting up there in age, he’ll be 30 next season, but he doesn’t have a ton of wear and tear (711 career carries, never more than 180 in a season).

He’s been a key 3rd down back for the Jets and I think at minimum, he can handle that role at a high level in Pittsburgh, even if he isn’t a true workhorse.

Mark Ingram/NO – Ingram is clearly unhappy in New Orleans now that he’s second-fiddle to Alvin Kamara and unlikely to see a second contract. That could put the Steelers in play. Good size, success as a runner after a tough start to his career (averaging at least 4.3 YPC each of the last four years) and an asset out of the backfield with 207 career receptions.

Ty Montgomery/GB – If the Steelers are targeting someone who can help out as a receiver too, it’s hard to do better than a guy who used to play the position. The concerns though are obvious; he hasn’t had to handle a heavy workload and he regressed as a runner last season compared to 2016.