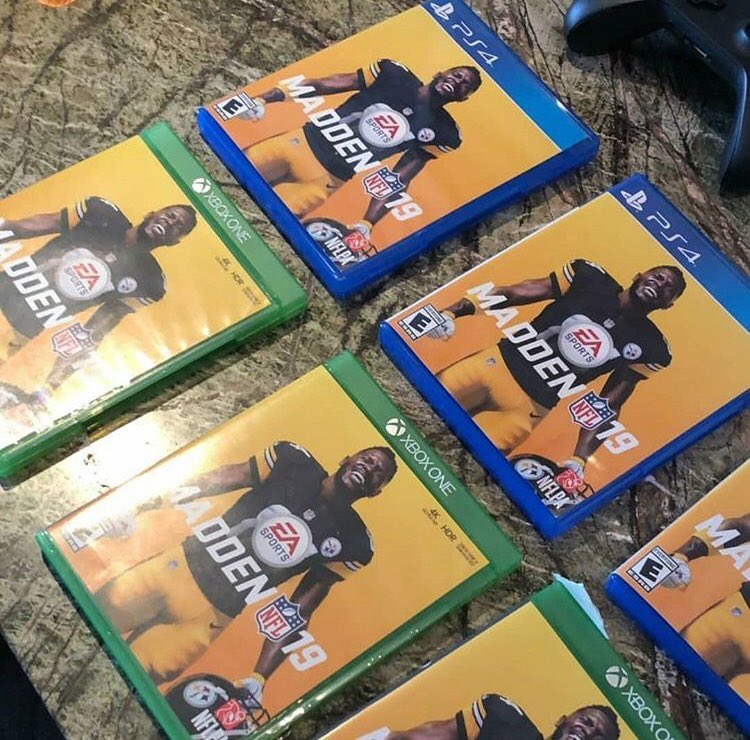 We should get our answer soon but it’s looking like Antonio Brown can add “Madden Cover” to his ever-growing list of achievements.

The Pittsburgh Steelers’ superstar appears to headline this year’s version of the game. Earlier today, a picture popped up on the Internet showing a table full of the new game with Brown on the cover. Dave Bryan tweeted it out a short time ago.

Brown will appear on the Jimmy Kimmel show this Thursday and if he is on the cover, it’ll presumably be announced then.

AB would be the first Steeler to appear on the game’s cover since Troy Polamalu did for Madden 10, alongside Larry Fitzgerald after those two teams met in the Super Bowl. Some fans will worry about the “Madden Curse,” the history of players struggling the year after appearing on the game. Polamalu, for example, was limited to just five games in 2009 though cover mate Fitzgerald wound up leading the NFL in touchdown receptions. Tom Brady made it last year and avoided the dreaded curse, too.

Madden 19 is slated to be released nationwide on August 10th. Brown is one of only a handful players to receive a 99 rating. We recently wrote about the top ratings on the Steelers roster, which you can find here.

UPDATE (7:49 PM): More confirmation that Brown has been chosen as the cover athlete. A slip of the tongue by an EA social media manager. Oops.

#Madden19 cover. RIP Owen for confirming the rumors before EA itself pic.twitter.com/Qfy5OTyT5e