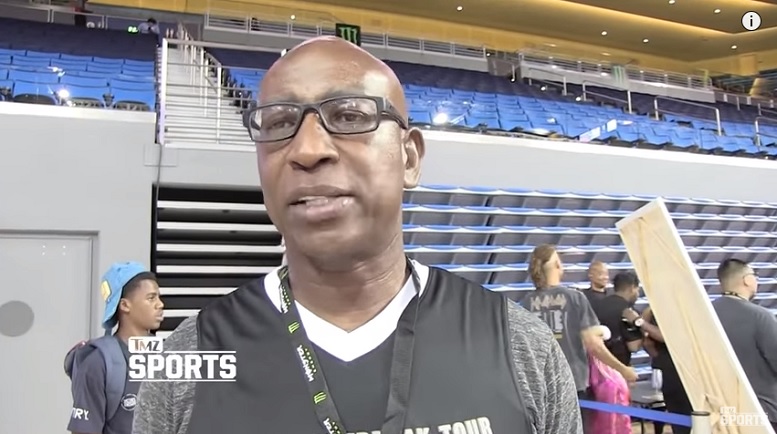 It’s certainly going to be interesting to see what ultimately happens with Pittsburgh Steelers running back Le’Veon Bell after the 2018 season. Now that the Steelers former second-round draft pick seems destined to become an unrestricted free agent in 2019, several teams figure to be lining up in March to bid for his services. Recently, Hall of Fame running back Eric Dickerson was asked by TMZ which team he thought Bell would fit best with should he indeed not return to Pittsburgh in 2019 and the only one he named by name was the New England Patriots.

“I mean, you got to go where the team that wants you the most,” Dickerson said. “I mean, for sure, the Steelers are the best fit for him because that offensive line knows him, he knows that offensive line. It’s always best if you can stay with a team forever. Like, I wish I would have stayed with the Rams, but didn’t work out like that. Different time, different era, but if he it doesn’t, you know, I mean, hey, the Patriots would be a good team. There’s a lot of good teams out there who could use Le’Veon.”

I’m guessing that Dickerson missed the Patriots selecting former Georgia running back Sony Michel in the first-round of the 2018 NFL Draft. Additionally, Patriots head coach Bill Belichick doesn’t seem like he would be one to pay top dollar for a 27-year-old running back that will probably have around 2000 total regular season touches under his belt by March of 2019. We’ll see, maybe.

Dickerson’s speculated future landing spot for Bell in 2019 aside, it sounds like he’s on board with the running back’s decision to turn down the Steelers final offer of 2018 and thus play under the franchise tag a second-consecutive season and especially when it comes to him potentially helping out others down the road that play the same position.

“I think that Le’Veon is doing what Le’Veon thinks is best for him and you know, in a sense, Le’Veon is helping running backs also, because they’ve tried to devalue the running back position so much,” Dickerson told TMZ.

Dickerson provided more thoughts on Bell’s decision to not take the Steelers best offer this year.

“So, when you’ve got the power like Le’Veon has right now, use the power,” Dickerson said. “Le’Veon has made a lot of money, he’s done a lot of great things in the National Football League. I think he’ll probably be a Hall of Famer for sure. But I just feel like he’s doing what’s best for him and possibly helping other young players.”

All of this was spoken like a true former NFL running back who had contract disputes with the team that originally drafted him, right?