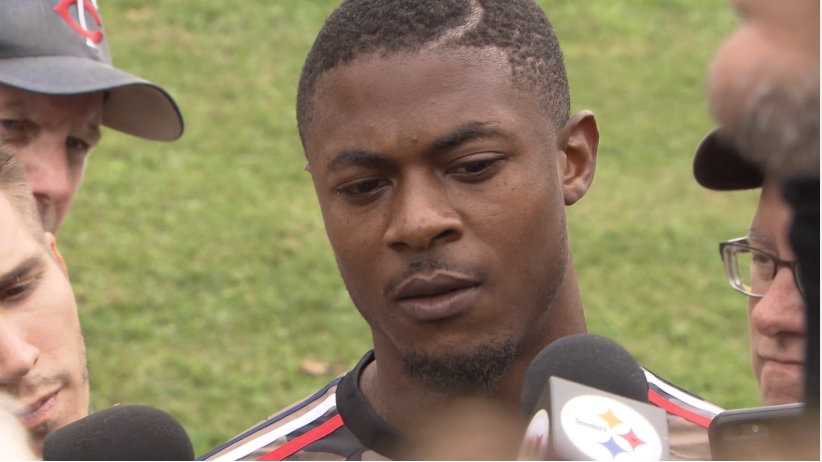 Entering his third year in the NFL, the spotlight is squarely on Artie Burns.

And he knows it.

Burns admitted as much meeting with reporters during yesterday’s check-in to training camp. Billing him as a raw rookie, like he was when the Pittsburgh Steelers drafted him in 2015, is no longer an excuse.

“You didn’t know what to expect,” Burns said of what it was like as a rookie. “You come in really blindfolded. Now in my third year, I have my routine down pat. I know what to look for. I’m prepared for it. Ready to get out there.”

At the time, he was a mild surprise of a draft pick, widely projected to be a 2nd round player. After the draft, Carnell Lake admitted the team was going to take William Jackson III until the Cincinnati Bengals stole him one pick earlier. Pittsburgh knew they were getting a project. Kevin Colbert admitted as much on draft night, saying Burns had to improve his zone coverage ability after playing in a man-heavy scheme under Al Golden in Miami.

The NFL also provided his first chance to focus on football. In college, Burns ran track in the offseason before putting on his cleats in the fall, making his game all the more unrefined. He’s played catch-up ever since, showing flashes that warranted a first round selection but several bone-headed plays that have been costly.

With two years to work through the growing pains, it’s a critical year for Burns to solidify himself into an excellent, and most importantly, consistent player.

It also means he’s now one of the most experienced players in the Steelers secondary, especially after the front office cleaned house at safety. Now the leader, not the follower. Something he recognizes is true about him and safety Sean Davis.

“Me and Sean Davis. We’re two young guys. Both came into the league together, 1st and 2nd rounder,” Burns said of helping rookies like Terrell Edmunds and Marcus Allen.

If Burns can show the rookies the ropes while evening out his play come Sundays, the Steelers investment will have paid off. If not…Cam Sutton is breathing down his neck.