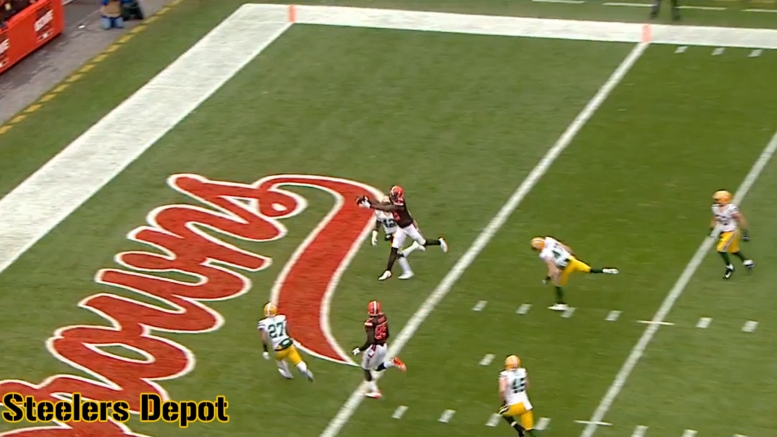 The Cleveland Browns are set to begin their 2018 training camp on Wednesday and as of Monday morning, it appears as though wide receiver Josh Gordon won’t be arriving in Berea, OH for quite a while.

Gordon, who has been suspended in the past by the NFL for violating the league’s substance abuse policy, announced on Twitter Monday morning that he’ll miss the start of Browns training camp to focus on his overall mental and physical health.

Not long after Gordon released his statement, Browns general manager John Dorsey also released one in which he stated that the wide receiver will continue to receive the full support from the team and that in the meantime he will be placed on the non-football illness reserve list until he is ready to return.

There is currently ‘no timetable for his return,’ NFL spokesman Brian McCarthy told cleveland.com about Gordon Monday morning.

“We’ll address the matter at the appropriate time,” said McCarthy.

Other early reports on Monday indicate that Gordon is not facing another suspension and that he has not failed another drug test.

For anyone suspicious of Josh Gordon's announcement that he won't be at the start of #Browns camp, he's "absolutely not suspended," source said. Continuing to work on his issues, as Gordon said in his tweets.

We’ll have to wait and see when it ultimately is that Gordon finally reports to Browns training camp. In the meantime, however, it’s not good for him to miss practice time and especially with the team having a new offensive coordinator in Todd Haley and a new starting quarterback in Tyrod Taylor.

The Browns will reportedly work out free agent wide receiver Eli Rogers this week and it will be interesting to see if they ultimately sign him with a roster spot at the wide receiver position now temporarily open. Rogers also was with Haley when the two were with the Pittsburgh Steelers.