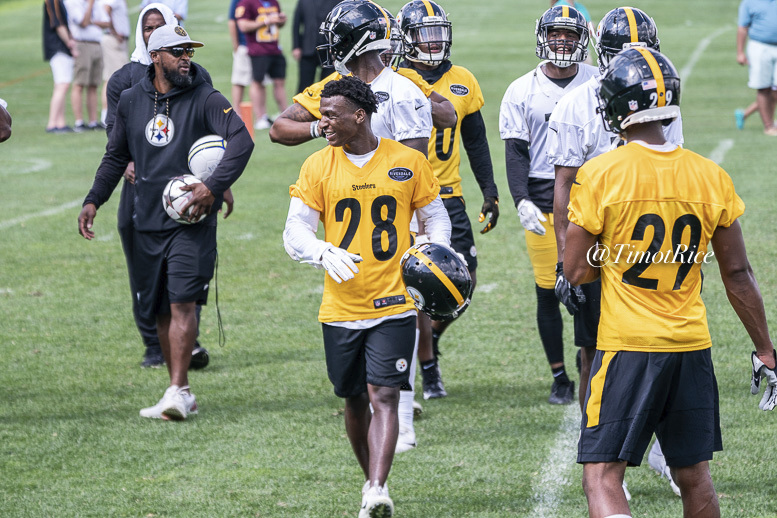 Up for Grabs: Nickelback

Mike Hilton solidified himself as a legitimate NFL player last year during his first full season in the NFL. But the Steelers have a bunch of young players that they are excited about and would like to try to get on the field in some way, shape, or form.

Which is why I think we have to leave open the possibility that the role of the ‘nickelback’ this season could become more versatile in terms of personnel. There is no reason to believe that there cannot be at least competition for others to establish niche roles.

One thing we have to acknowledge about Hilton is that he is undersized, no matter who hell he does to overcome that. There will be times in which it will inevitably become a disadvantage that can be exploited, depending on the matchup, and in those situations, I could see the team getting more creative and using different players.

Cameron Sutton is one young player entering his second year that the Steelers are trying to get on the field. He is running at virtually every cornerback spot right now, including second-team in the slot, figuring to be the next man up for all spots at the position. But he could get some playing time in five-defensive back packages without injuries.

Others like Terrell Edmunds and Brian Allen offer different traits. A couple of years ago, the Steelers used some taller cornerbacks to match up with athletic tight ends. That could be a role for Brian Allen, or for Edmunds, for that matter.

And you know they want Edmunds, their rookie first-round pick, to play. Even if that means putting him at safety when he does come onto the field and moving somebody else into that slot role. But he could play that himself. He was used in different roles while in college.