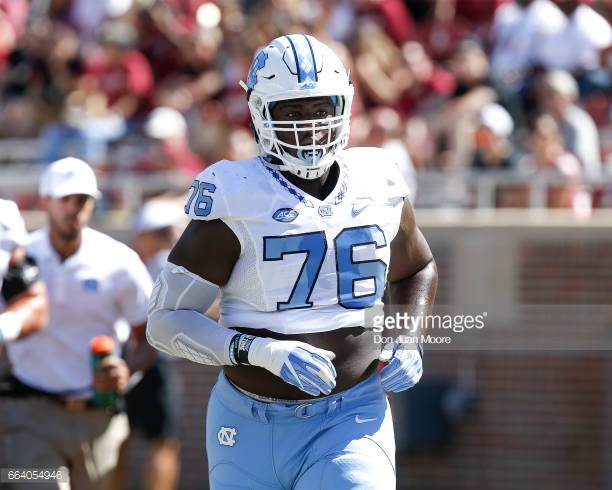 R.J. Prince was not drafted. Nor was he signed after the draft. Nor did he receive a contract following his first rookie minicamp tryout invitation—that came with the Green Bay Packers. But he did also participate as an invitee in the Steelers’ rookie minicamp, and then he did finally earn that contract to the 90-man roster. He was one of two invitees to earn deals this year.

Not only that, he has been making the most of the opportunity. Following the injury to third-year tackle Jerald Hawkins, who was perhaps the frontrunner to take over the swing tackle role vacated by Chris Hubbard after he signed elsewhere in free agency, Prince began to earn some practice reps with the second-team offensive line.

He has worked in multiple spots—namely both guard spots and right tackle—mixing in with both the second- and third-team lines. The very fact that they are even giving him the opportunity to display that sort of versatility this early on is nothing but a positive sing in terms of how they view him.

Hawkins’ injury does open up a roster spot, but there is still a long way to go before a player like Prince can claim to have proven himself working of one. Eight lineman spots figure to be already locked up or fairly close to it, and the team doesn’t have to keep a ninth lineman. They often don’t, in fact.

But they will if somebody earns it, and even if he doesn’t, Prince is putting himself in good position to earn a spot on the practice squad, especially thanks to the fact that he can play more than one position, which gives the team flexibility in practice.

His primary competition figures to be a couple of semi-veteran tackles in Bryce Harris, who was signed after Hawkins’ injury, and Jake Rodgers, who spent some time with the team last year. There are a number of former undrafted free agents thinking they have as good as chance as Prince, however, such as Larson Graham.