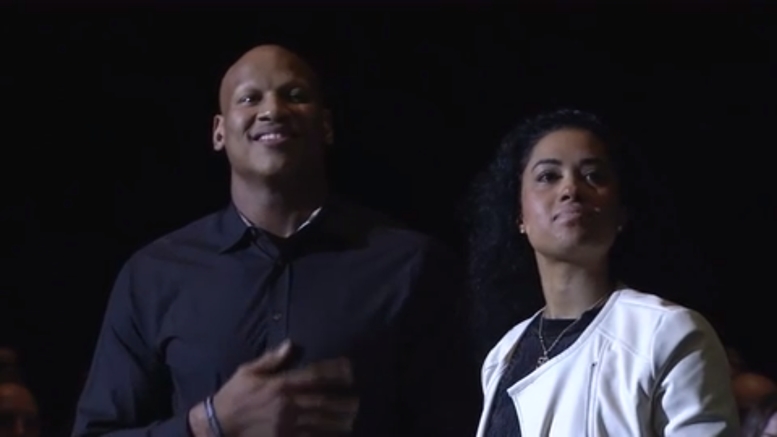 It doesn’t even need to be repeated that the entirety of the Pittsburgh Steelers’ fan base is behind linebacker Ryan Shazier as he strives to make a complete and full recovery from a severe spinal injury that he suffered on the job in early December last season, which left him temporarily paralyzed in his lower extremities.

He has expressed on every opportunity just how thankful that he is for the overwhelming among of support he has received from all over the place. During his first address to the media yesterday, he mentioned that he even received a get-well card from every single student of one particular school.

It’s quite clear that one thing he is definitely not lacking in his recovery is the emotional support of a community. But there is no greater motivation needed than for his ability to be there in every way for his son. Not even his passion for football could push him harder than that.

Shazier talked about his son yesterday and how much he understands about what ‘Daddy’ is going through. “Since he’s four—he’s not even four, he’s three—so it’s kind of hard for him to understand, but I know that he understands that Daddy’s hurt and he constantly wants to see me get better”, he said.

The father gave a couple of examples of the way in which his young son has tried to help him since he was injured. “When I was in a wheelchair, he would try to push me in my wheelchair”, he said, “or if I drop a cane, he’ll help me pick my cane up”.

The entire process of his recovery, he said, “really means a lot for me and for him because the fact that I’m getting a lot better allows me to play with him a lot more, allows me to just do more activities with him when I wasn’t able to do that three months ago”.

“It’s kind of cool because you understand that he sees that I’m getting better”, he told reporters. “Sometimes he’ll be like, ‘hey, come on, Daddy, walk!’, or ‘Daddy, come do this’ or ‘Daddy, come do that’, and before when I was hurt a little more you could tell that he wouldn’t ask me to do some of the stuff that he’s asking me to do now”.

While it is his dream, he said, to get back on the football field, I’m sure that his greatest motivation comes not from the gridiron, but from his own home. I’m personally not and don’t aspire to be a family man, but Shazier’s touching comments about his son was clearly the most moving part of his address to the media.