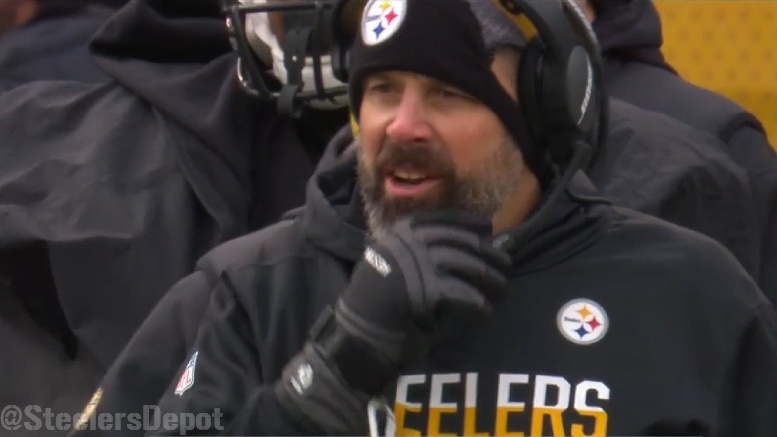 The last time Randy Fichtner called a game, it was in college, and over a decade ago. Or so we seemed to think. But the Pittsburgh Steelers’ new offensive coordinator, who will be responsible for spearheading the gameplan every week and calling the plays during games, revealed an interesting bit of information speaking to reporters yesterday.

In the midst of responding to a question about how to prepare for play-calling duties when he had not done it in so long, Fichtner divulged the fact that former offensive coordinator Todd Haley gave him the opportunity to call the plays during multiple preseason games a year ago.

“Todd was great because he gave me an opportunity to call plays in the last several preseason games, so I got a chance to do that”, he said to reporters yesterday, as hear on 93.7 The Fan.

You might recall that the Steelers ‘experimented’ during the preseason with having Haley up in the press box last year. Then later during the season, Fichtner came down to field level. It’s easier to picture these things in hindsight as preparation for what ultimately took place.

As for whether or not he will call the plays from the box, he said that he doesn’t know yet. “We’ve talked about it. I think probably it would be down because you get a feel and you’re there and there’s great communication with the quarterback”, he said, adding, “we’ll probably try it both ways in the preseason”.

Fichtner also talked about going through gameplans at home during the offseason. “We’ll set up sometimes. I mean, I’ll take my son and he and I will mess around at the house, do some of that, kind of working on a gameplan and what that might look like at this time of year, fudging with different things for practice”, he said. Never too early to get a jumpstart, I suppose.

He also pointed to the fact that you do get some work into calling the plays during OTAs and minicamp, as well in scripting, which is what most of the work being done now is. The majority of the plays executed are run off a script that was devised in advance.

But there are other scenarios in which ‘game feel’ comes into play, and you can’t just run what’s on a piece of paper because it’s up next. “We get situational football out here, like no-huddle and two-minutes”, he said, “so you get a chance to do some of that, and coordinate and work in and out with your quarterback and receivers and that type of thing.

Fichtner is entering his 12th season with the team. He spent his first couple years as the team’s wide receivers coach before moving over to quarterback coach when the previous occupant of that job retired. He remains in both that job and in his new one as offensive coordinator.