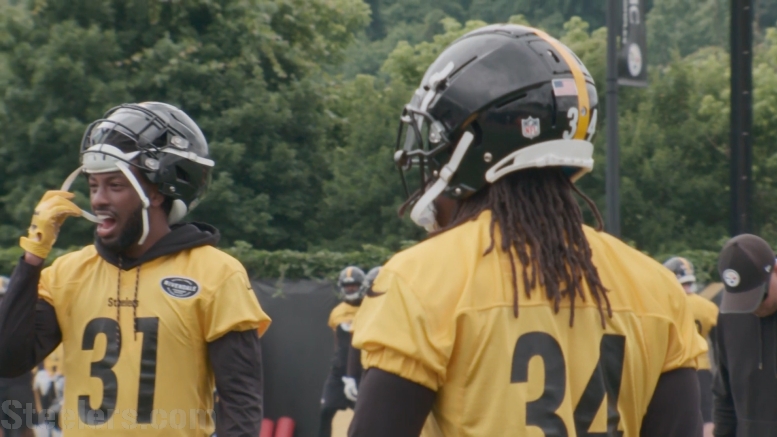 Nat Berhe understands that the Pittsburgh Steelers signed him, primarily, for the purpose of using him on special teams. He knew that they were already returning starter Sean Davis from the year prior. He knew that they signed Morgan Burnett in free agency before they signed him. They also still had J.J. Wilcox on the roster at the time. So when he signed the contract, he knew what his main job was going to be.

Not that he isn’t used to it. While he does have a couple of starts under his belt during his four seasons with the New York Giants, he carved out a niche for himself on special teams, including as a weapon on kickoff coverage, which helped him earn his nickname, ‘The Missile’.

Berhe told Joe Rutter that while it will take some getting adjusted to, he’s not worried about the new kickoff rules that the NFL implemented earlier this offseason. It’s not going to take the kickoff off the table and make players like him obsolete.

“It’s different, and it will take some time to get used to, for sure”, he said of the new rules. He told the Pittsburgh Tribune-Review reporter that the team has already been working on the new rules during special teams drills at OTAs.

“Unless it’s a touchback, it won’t be hard to adjust”, he said. “Other than that, I’m a pretty safe striker anyway. I’ve been doing this a long time”.

Berhe is essentially replacing Robert Golden on the Steelers’ roster, who was a four-phase special teams player and shared some of the same responsibilities that Berhe is familiar with, such as the up back on the punt coverage unit.

Like Golden, however, he still covets the opportunity to play his natural position of safety. During his six seasons with the Steelers, Golden did start 12 games. He entered the 2016 season as the starting strong safety, taking over Will Allen’s spot, who took over Shamarko Thomas’ would-be spot, who was the heir apparent to Troy Polamalu.

Berhe has only started two games, but would love to get that opportunity again, even though he knows he is lower on the depth chart. “As a special teams player, you always want to be a starter in this league”, he said. “That should be everybody’s focus and goal. The opportunity here was if you play safety and you’re a hard-hitting player, you’ll get a chance to play. We’ll see”.

One potential advantage he may have is experience. The other safeties likely to make the roster behind the starters are rookies and may not be trusted for playing time immediately. Terrell Edmunds has the pedigree of a first-round pick, however, as the first of two safeties drafted in 2018.

The other was Marcus Allen in the fifth round, giving them at least five safeties, not to mention others like Jordan Dangerfield and Malik Golden. Not that it phases Berhe, who told Rutter, “I’ve been in crowded defensive back rooms all my life”.