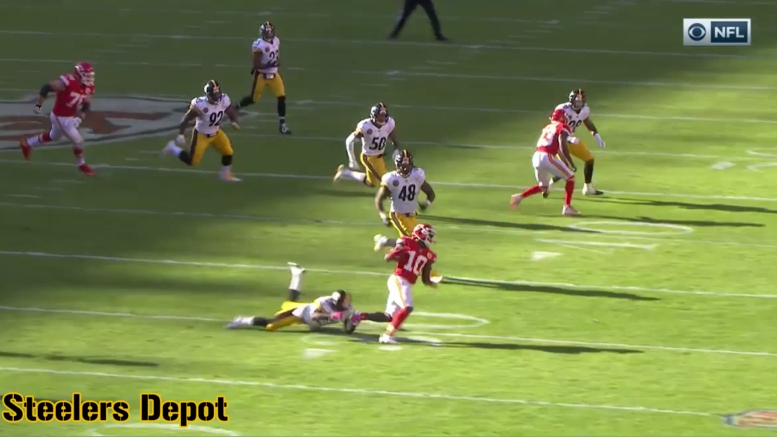 Pittsburgh Steelers fans might be content with what they saw out of him during his first season in the NFL, but second-year cornerback Mike Hilton knows that it wasn’t good enough, at least not for himself, and not enough to secure long-term job stability.

A darkhorse candidate that worked his way up from obscurity throughout the offseason in 2017, the former undrafted free agent established himself as the Steelers nickel defensive back by the second half of the season opener and has not been taken out of that role since.

He produced a pair of interceptions, a forced fumble, four sacks, and a dozen run stops during the year, but he doesn’t particularly concern himself these days with what he did. He’s more concerned with what he wasn’t able to do, and how to better himself so that he will be in position to do it the next time he finds himself in the same situation.

“There’s a lot of plays I left on the field that I went back and saw”, he told reporters as the team resumed practice at OTAs yesterday. “Just some missed tackles on some critical downs, switching up my blitzing style, just trying to keep the offense off-balance”.

While fans are right to talk about Hilton’s accolades as a first-year player in the NFL, he is also right about some of his own shortcomings. There were some key missed tackles from last season, both in the running game and in the passing game. I recall a couple of long passing plays on which he missed tackles late that helped turn them into even longer gains—most likely touchdowns.

That’s not to diminish what he was able to achieve as an underdog suddenly becoming a virtual starter. All things considered, and even just generally speaking, Hilton played above the line in year one, without question.

But he can be better, and there’s no sense in not striving to get even better. There’s no reason that he shouldn’t be able to get better, although his size will limit his ceiling, I think, in terms of his ability to make clean tackles in all situations. Some of his missed tackled I recall seemed to have had size disparity as a component in its occurrence.

Most importantly, it’s just the right attitude to have, not just for a person in his position, but for anybody. He knows he’s not an established veteran or a player with pedigree. He knows he can lose his job. He knows there will always be somebody coming up behind him.

And he knows the only thing he can do about it is to keep getting better with every opportunity that presents itself. The only way to correct your mistakes is to learn from them. He seems to have taken that to heart, and that is a good sign for his future.

Note: For the record, he actually made the play in the header image. A tackle for loss on Tyreek Hill.