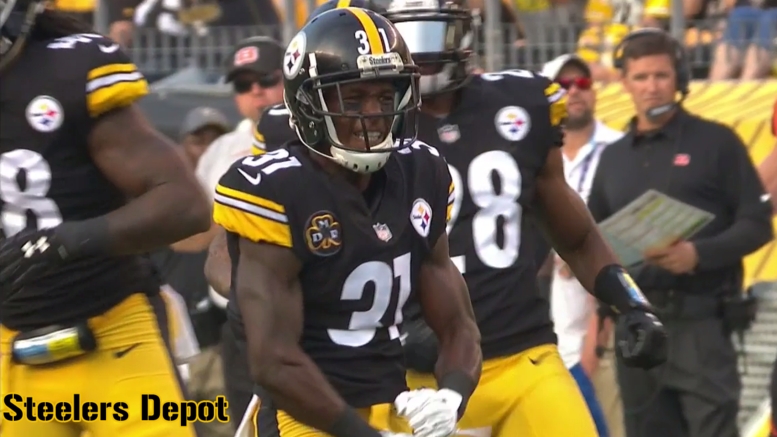 While the Pittsburgh Steelers faithful were quick to take Mike Hilton in after he showed very early success in his career, perhaps nobody was more impressed by the former undrafted free agent’s first season in the NFL than was Pro Football Focus, who recently published a list of the top slot cornerbacks for the 2018 season.

As you might have guessed by now, Hilton was included on that list. Others who made the cut of eight players include Chris Harris, Jr. of the Denver Broncos, Patrick Robinson, who is now back with the New Orleans Saints, Kendall Fuller after he was traded to the Kansas City Chiefs, and Byron Jones, who is reportedly moving out of the safety spot for the Dallas Cowboys this year.

“Despite being an undrafted player and largely unheralded going into 2017, Hilton became one of the most valuable players on a Steelers’ team that earned a first-round bye in the AFC playoffs”, Eric Eager wrote of the Ole Miss alum.

“An example of a player who was predominantly a slot player in college, Hilton excelled at many of the intangible things a nickel player must do: generating 17 total pressures and finishing first among cornerbacks in run-stop percentage”, he went on. “He was no slouch in coverage, either, allowing just 53 yards into his coverage from Week 12 on”.

Hilton played in all 16 games plus the postseason last year, effectively serving as the starting slot cornerback from the beginning of the season to the end, though he is only officially credited with four ‘starts’.

He registered 64 tackles during those 16 weeks, also earning himself two interceptions, six passes defensed, a forced fumble, and four sacks, three of which all came in one game. As Eager noted, he was effective registering pressure as a frequent blitzer.

And he was also effective against the run, leading all cornerbacks in the league in run stop percentage. He recorded 12 stops on his 21 tackles against the run on 141 snaps, though he also had four missed tackles, according to the site’s numbers.

They also only credit fewer than one reception allowed per 10 snaps in coverage, and just .84 yards per coverage snap, with an overall quarterback rating allowed of 74.6 when targeted.

Hilton’s quiet emergence was something of a minor miracle for the Steelers’ defense, which was in need of another talented cornerback. While they may have been okay with William Gay continuing his role as the slot defender, some new talent was necessary.

Hilton was originally signed by the Jacksonville Jaguars following the 2016 NFL draft, spending the offseason with them, but he failed to make the 53-man roster and was released. He spent a brief period of time on the practice squad of the New England Patriots, but joined Pittsburgh’s by the end of the year, and he was re-signed the following offseason to a Reserve/Future contract as a longshot to make the roster. That ended up working out pretty well.