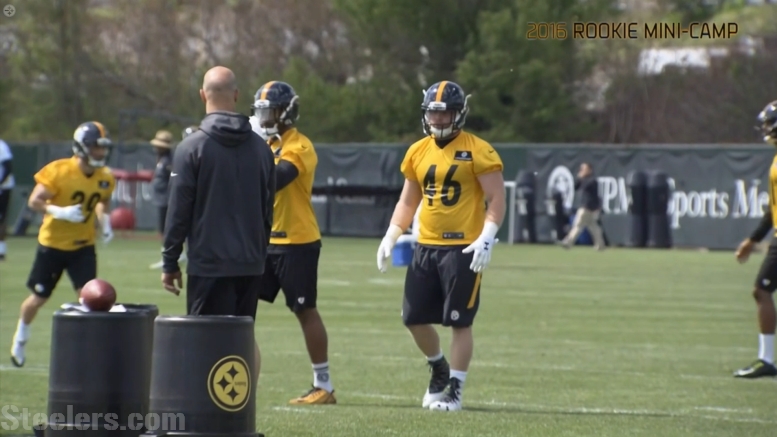 The Pittsburgh Steelers are aware to some degree, I’m sure, of the popular opinion about their inside linebackers. Basically, the thinking is that they don’t have any. Vince Williams knows there are more than a few people out there who think he needs to be replaced, and he is their incumbent.

Without Ryan Shazier, there is definitely a legitimate question about who will be able to step up and play at a championship level. Tyler Matakevich is entering his third season, and they brought in Jon Bostic via free agency, coming over from the Indianapolis Colts after being a full-time starter there for one season.

Neither of them would be able to fill Shazier’s shoes. Shazier was a Pro Bowler in each of the past two seasons and made plays few other linebackers in the NFL would even be able to be in position to attempt.

So one would think that the linebackers on the roster might use that as motivation to drive themselves; that is, the public perception that they are not adequate players to fill in for Shazier. A reporter attempted to fish that response out of inside linebackers coach Jerry Olsavsky during minicamp last week, as well. But he didn’t bite.

“I think every player out here motivates themselves differently”, he responded. “Some guys use that, some guys don’t…they put out a carrot and then they eat the carrot and find out there’s more on the stick that they want, and they go get it. They all basically motivate themselves. You’re not here if you’re not motivated”.

Bostic and undrafted free agent Matthew Thomas are the only additions that the Steelers have made at the inside linebacker position from last season. Aside from Williams and Matakevich, L.J. Fort also returns from last season, as do two first-year players from camp a year ago: Matt Galambos and Keith Kelsey.

That is, at least at this point in time, the entirety of the Steelers’ position group at inside linebacker, which means that there is very little proven experience on the field behind Williams and Bostic. But according to their coach, they are not necessarily using public narratives to motivate themselves to be the best that they can be.

And more to the point, he suggested that it’s not something that he is using to try to motivated his players. Instead, he just tells them to believe in themselves, and to find their own motivation. Perhaps some of them are using the ‘nothing without Shazier’ narrative as fuel, but if they are, it’s not coming from the coaching staff.