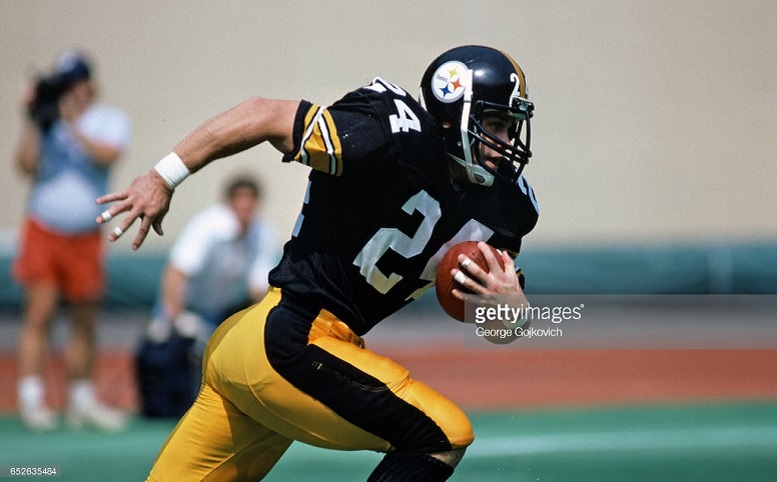 How bullish are you when it comes to Pittsburgh Steelers running back Jaylen Samuels and his rookie season? Assuming he makes the roster this year, do you think he has a shot at registering at least 100 yards rushing and 100 yards receiving in 2018? Before you answer that question, you might like to know some facts concerning the history of rookie running backs in Pittsburgh when it comes to stats.

Dating back to 1966, the start of the Super Bowl era, only seven Steelers running backs have managed to register 100 or more yards rushing and 100 or more yards receiving during their rookie seasons. That list of seven running backs includes Le’Veon Bell, Bam Morris. Tim Worley, Rich Erenberg, Franco Harris, Don Shy, and Willie Asbury. And of those seven players, five were originally drafted within the first three rounds.

Ashbury, by the way, was originally selected by the Atlanta Falcons in the fourth-round of the 1966 NFL Draft. So, that leaves Erenberg, a ninth-round selection by the Steelers in 1984 out of Colgate, as the lone Pittsburgh running back originally drafted by the team after the third-round during the Super Bowl era to register more than 100 yards rushing and 100 yards receiving during his rookie season. How’s that for a stat?

Drafted 247th overall by the Steelers in 1984, Erenberg would equate to being a seventh-round round selection by today’s standard. He reportedly lasted on the draft board as long as he did because of an injury history during his college career. Even so, the esteemed John Clayton, who wrote for The Pittsburgh Press in 1984, immediately wrote after Erenberg was drafted by the Steelers that the team might have a real sleeper pick on their hands. 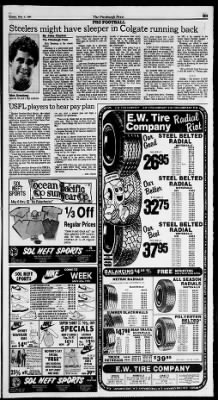 Erenberg finished his college career as Colgate’s all-time leading rusher with 3,689 yards and led the team in rushing for three seasons and all-purpose running for four years. Also during his college career, Erenberg registered 16 100-yard rushing games, and a NCAA Division I-AA record four 200-yard rushing games back-to-back. He also set a Colgate career record for most receptions by a running back with 73.

Until Bell came along in 2013, Erenberg had been the only Steelers player in the history of the franchise to register more than 350 yards rushing and more than 350 yards receiving during his rookie season, according to Pro Football Reference. To put that stat into some sort of perspective, last season there were four rookie running backs in the NFL that eclipsed those numbers.

Now back to Samuels and being bullish on his rookie season. In order for this year’s second of two Steelers fifth-round draft picks to exceed 100 yards in both rushing and receiving in 2018, he’s obviously going to need a decent amount of playing time and that will presumably be hard to come by with Bell and James Conner both ahead of him on the running back depth chart. Whatever limited playing time Samuels does ultimately receive, assuming he even makes the roster, he’ll need to maximize it and likely break off a few big plays, which is something he was able to do occasionally both as a rusher and pass catcher during his four-year career at North Carolina State.

In closing, it’s fine to be bullish on the Steelers new Swiss Army knife player, but as long as Bell is healthy, don’t set Samuels’ rookie statistical expectations too high and thus don’t expect him to be the Steelers 2018 version of Erenberg, which by the way, is a great name for a Steelers running back.