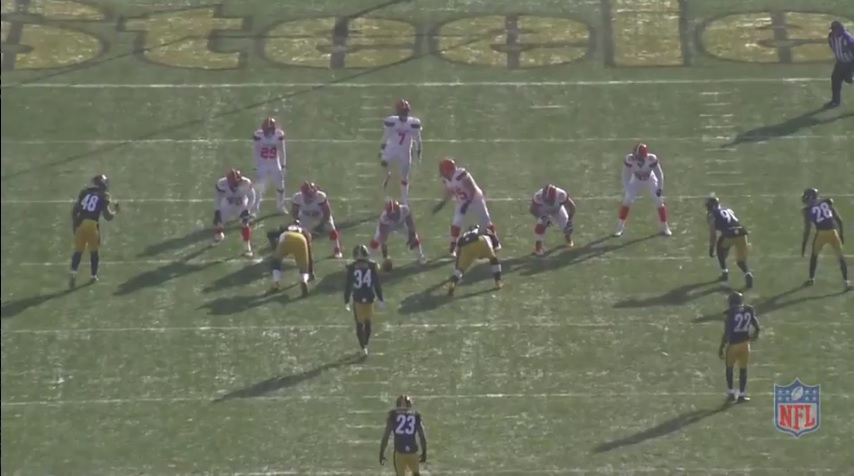 Question: How big of a role is the dime package and its varieties going to be to the defense?

The Steelers are arguably light on linebackers. Yet they’re heavy on defensive backs, even if many of them are relatively inexperienced. The heavy investment in the safety position has had many curious about what their plans are. Usually playing a third safety means playing six defensive backs, though that isn’t always the case.

Pittsburgh has not yet this offseason worked on installing the dime defense to the best of my knowledge, however, so it’s a hard question to answer. One player said that during the start of OTAs, and Mike Hilton strongly implied it this week. Will they start putting it together during minicamp, or will it wait until training camp?

Hilton talked about a package with seven defensive backs could even be on the table, which is something that they used very sparingly in the final game of the season a year ago. Of course it’s hard to imagine that being used more than a few times a game on average, at most.

But some variety of dime package could definitely be used more heavily, and is something that they have done in the past, even if it was done more or less out of necessity. It’s not like there were fewer passes being thrown or wide receivers on the field since then, however.

The Steelers do return their top three cornerbacks and a starting safety from last year, with Artie Burns, Joe Haden, Mike Hilton, and Sean Davis all having another year in the system under their belts. Other additions have been significant, like Morgan Burnett and Terrell Edmunds. Young players like Cameron Sutton could be ready for a role as well.

It’s easy on paper to see how this would work out, but it’s another matter sorting out how it will come about on the field. I have a hard time imagining it being their most-used package, but could it reach about a third of the team’s snaps?