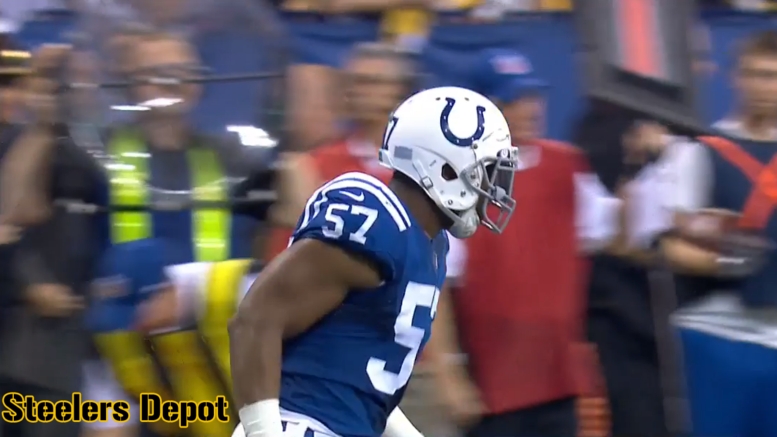 Among the many, many things that Pittsburgh Steelers inside linebackers Vince Williams and Ryan Shazier share is a pure and absolute love for the game of football and everything that entails, including extensive amount of private film study. Much like us lowly bloggers, they can kill an evening in enjoyment breaking down game film.

That is at least one thing Williams has found that he has in common with his possible new partner in the starting lineup, Jon Bostic. The sixth-year veteran was signed to a two-year contract this offseason for a modest amount and is in competition—generally considered the favorite—to start at the mack position previously owned by Shazier, who is on the Reserve/PUP List rehabbing from a spinal injury.

“We spend a lot of time talking about football”, Williams told Mike Prisuta about the nature of his relationship with his new teammate, Bostic. “He loves football, because I know I love football and anybody that can sit around with me all day and talk about football obviously has to really care about football a lot”.

Loving football and being able to play it at a high level are two very different things, of course. Believe me, I’ve tried it. Dave Bryan got run over by Emmitt Smith finding that out for himself. It’s a very difficult thing to do well at the highest level. Even the worst players in the NFL are quite talented, in relative terms.

Bostic had his best and most stable season a year ago during his one season with the Indianapolis Colts, who reportedly liked him but did not believe would fit under Frank Reich’s defense this season. They also had some young linebackers that wanted to get a look at.

He recorded 97 tackles along with one sack and three passes defensed in 14 games for the Colts last season. He suffered an injury in that 14th game when he was rolled up on by another player, though Bostic himself has said that he could have played in the final game. Indianapolis had nothing to play for at that point in the season, so teams in that position tend to just place injured players on injured reserve. See the Steelers’ 2012 season (or was it 2013?), the one year in recent memory in which they played a game without the possibility of making the postseason.

The former second-round pick is hoping to find a home in Pittsburgh, perhaps even a long-term one, after being afforded this opportunity. His career up to this point has been a complex maze of injuries and organizational shake-ups that has resulted in him bouncing frequently between teams, so he would love to find some stability.

That’s not an uncommon outcome for free agents the Steelers bring in. Darrius Heyward-Bey is a player who bounced around a bit before finding a stable job with Pittsburgh. Mike Hilton bounced around to a couple of teams, but doesn’t appear likely to be going anywhere else any time soon. L.J. Fort, Xavier Grimble, and Alejandro Villanueva are some other current examples.