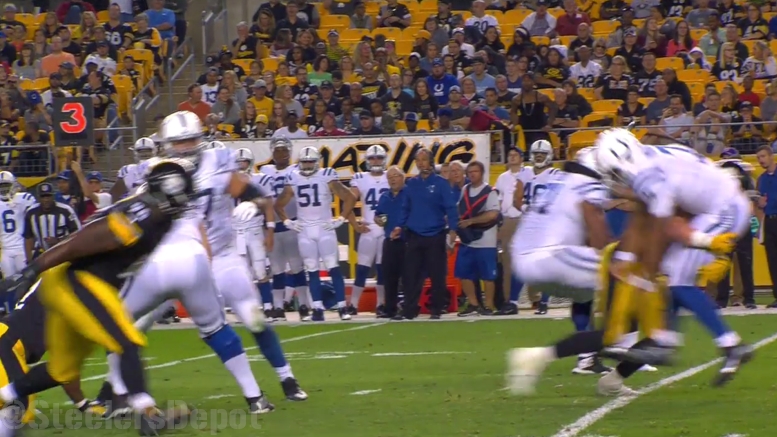 The underdog story is the easiest to root for in sports. It’s ready-made for consumption because the majority of us consider ourselves an underdog in one aspect or another, so we are able to relate to somebody defying the odds, whether it’s making a game-winning play or even simply making a roster.

That’s why there’s still a strong contingent of support for Tyler Matakevich, sometimes known around these parts as Matter Cabbage, a 2016 seventh-round pick who made the roster as a rookie and has become a fixture on special teams.

An inside linebacker deemed in so many words to have been born too late because players of his size no longer fit the prototype of his position any longer, Matakevich considers himself an underdog of sorts, something that is true not just in football but in life.

Of course it was that so-called ‘chip’ on his shoulder that was the source of his problems a year ago. As he confirmed to reporters yesterday, he originally suffered a shoulder injury in Week Six against the Kansas City Chiefs, but he was able to play through it until he reaggravated it after replacing Ryan Shazier months later against the Cincinnati Bengals.

He knows that was a missed opportunity for a player like him to lose out on a chance to showcase himself in a starting role, if even for a cameo appearance. Had he not injured his shoulder, he figures to have had a handful of games to show the team if he can be a starter. Now they still don’t know.

He told reporters that it was “very frustrating. I mean, these opportunities don’t come around too often. That’s why when you get an opportunity you’ve got to make the best of it and run with it. I felt that was a real disadvantage. You know, I was excited to get the opportunity, but I was just going to do the best that I could with one arm”.

Of course things don’t always work out even when such players do get opportunities. Vince Williams started for most of his rookie season due to injury, but that didn’t stop the Steelers from drafting Shazier a year later and shoving him into the lineup.

In Matakevich’s case, however, they haven’t made any huge additions. He will be competing with free agent Jon Bostic for playing time, and he believes, as he told reporters yesterday, that it’s his job to lose—whether that is actually true or not.