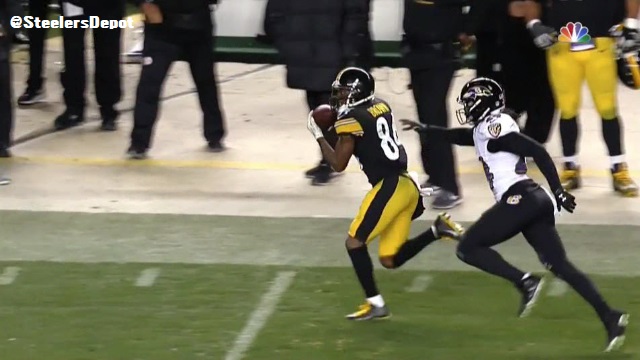 For the first time in a long time, the Baltimore Ravens won’t be run by Ozzie Newsome in 2018. Finally stepping away from the team after two decades, his job will go to Eric DeCosta. While Newsome is widely regarded as one of the league’s best general managers, DeCosta won’t only try to follow his lead. He’ll try to follow the Pittsburgh Steelers’ model.

DeCosta admitted as much in an interview with Rick Gosselin, transcribed by The Baltimore Sun.

“We’ve tried to build a sustained culture over a period of time, like some of our competitors,” DeCosta said. “We’ve admired the Steelers, even though it’s probably hard for me to say that. Teams like the Steelers who have been able to consistently win, they do it a certain way, and we’ve tried to emulate that. And I think we have, to a degree. And I’m proud of that. So in my situation, I’m trying to be patient like I know Ozzie would be patient.”

I’m sure that’s not a statement Ravens’ fans would like to hear.

Baltimore is looking to get back on track after a bumpy last three seasons, missing the playoffs each time. The future is no longer Joe Flacco – those honors go to Lamar Jackson, who the team traded up to get with the last pick in the first round. Jackson is expected to start, at the latest, in 2019, while the team looks to move on from Flacco’s pricey contract.

The Ravens have also had to reinvent their offensive line, with mixed results, and figure out what to do at tight end. Injuries and bad draft picks have left the position bare, forcing the team to address it twice early in the 2018 draft. They took Hayden Hurst with their first pick and Mark Andrews on Day Two. The run game finally found its footing in Alex Collins and he’ll have to pick up where he left off.

A lack of success has also put head coach John Harbaugh, maybe not on a hot seat, but a chair that’s certainly warming up. But if DeCosta and company plan to follow the Steelers’ model, they’ll give Harbaugh every chance to right the ship.

Baltimore likely won’t be the only NFL city to look for the same success and stability the Steelers have enjoyed. New Carolina Panthers’ owner David Tepper, a minority Steelers shareholder (which will be sold when the Panthers deal becomes official) has already said the same.