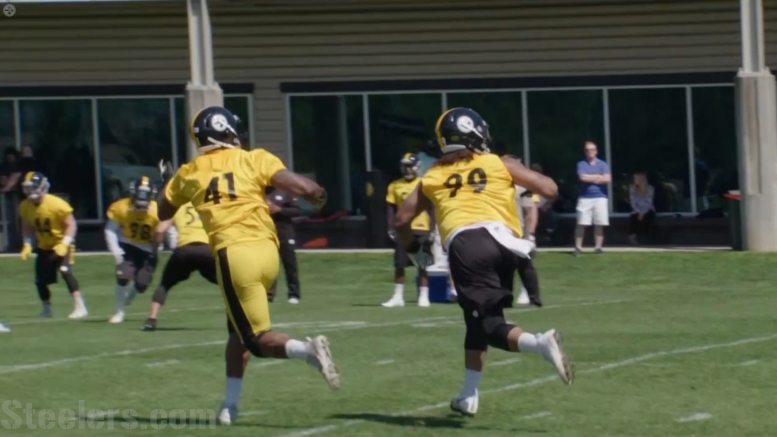 The Pittsburgh Steelers rookie minicamp is finally upon us—I assume it’s one of the latest in the league—and that means one thing, of course: complaining about the mechanical restrictions on eligibility. I’m not sure if it’s something that I talk about every year, but maybe it should be, and I will be right now.

As I’m sure most of you are aware, rookie minicamps are primarily for, you know, rookies. Teams all around the league get to hold a three-day introductory practice schedule for their new draft picks and rookie free agents to help them get acclimated to life in the NFL before getting onto the field with veterans.

Starting with the 2011 Collective Bargaining Agreement, it’s also become much easier for teams to bring in players as camp invitees, meaning that while they have not formally signed a contract to a team’s 90-man roster, they are eligible to work with the team during minicamp, and many of these players around the league do end up getting signed to contracts after camp—displacing somebody else on the roster, of course, if the team has its allotted 90 players.

But it’s not just rookies that are eligible to participate. It’s all first-year players, and there are a variety of ways in which players can be classified in that manner. If they went undrafted and unsigned at all, as Will Johnson did the year he declared, he would be a first-year player.

This is not to pain the situation as though the loss of participation in a three-day minicamp is really setting anybody back, but it really doesn’t make much sense that Lavon Hooks is participating in his fourth rookie minicamp while Adams and others cannot. It’s something that should be looked into in the near future, either in the next CBA or during the annual league rule tweaks.