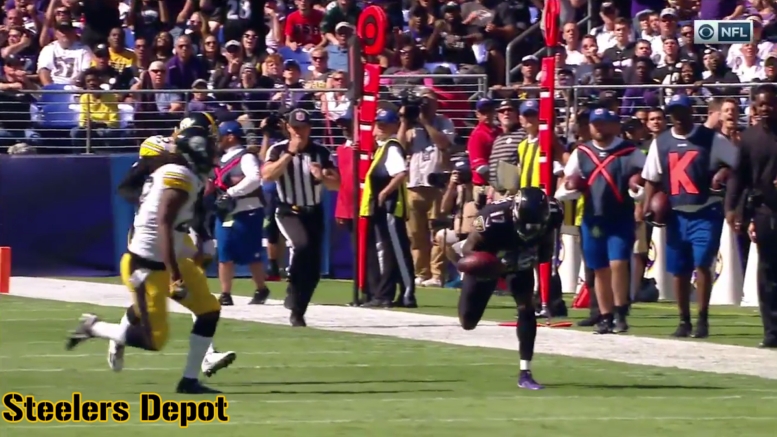 So, do you remember that silly contract bonus that the Philadelphia Eagles tied into former Baltimore Ravens and Pittsburgh Steelers wide receiver Mike Wallace’s contract? The one where he had to come in weighing below 250 pounds to collect a nearly $600K bonus? Well it turns out that might not have been such a joke after all.

Wallace signed a one year contract that was worth ‘up to’ $4 million, but the majority of It came in convoluted packages like the weight clause, and the thinking is that the contract was purposely structured this way to influence the compensatory pick formula.

According to Nick Korte of Over the Cap, who specializing in trying to piece together the compensatory pick formula, less than a quarter of Wallace’s full contract value might actually be factored into that equation, which would not be enough to register for compensation.

While the Eagles obviously did this to benefit themselves, the side effect is a negative for the Ravens, and could prevent them from receiving their maximum compensation for their losses this offseason. A similar thing happened last year.

Baltimore was likely operating last season under the belief that they would receive a third-round compensatory pick for the loss of Rick Wagner, who signed a big contract with the Detroit Lions last offseason. But in part because of missed playing time at the end of the season, his compensatory value was bumped to a fourth-round level and cancelled out entirely by their own signing of Tony Jefferson. I believe they only ended up getting one fifth-round compensatory pick when all was said and done.

Since teams always love to sign Ravens offensive linemen to excessive contracts, one-year-starter center Ryan Jensen is the latest player that many think will net Baltimore a third-round compensatory pick, but with their free agent additions of the likes of John Brown, they could once again end up hurting their chances of maxing out their return.

The Ravens are ordinarily very shrewd about negotiating this aspect of the offseason and have frequently relied upon street free agents or May signings after free agents no longer count against the compensatory formula, such as Jeremy Maclin and Austin Howard a year ago, both of whom they release this offseason.

I don’t think anybody is about to shed any tears about the Ravens not getting compensatory selections as good as they were hoping for around here, of course. They still ended up with 12 draft picks in the 2018 NFL Draft, including two in the first round.