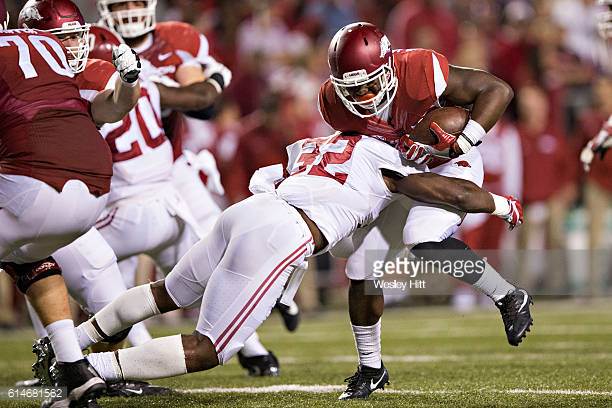 It made some local headlines, our headlines anyway, when Kevin Colbert seemed to downplay the talent at inside linebacker back at the Combine. Maybe Colbert has had a little change of heart. Speaking about the group Monday, he called it a “good” class of players.

“It’s a good class,” Colbert told the group of reporters Monday afternoon. “The inside linebackers are changing as the college game has changed…they maybe do one thing really well. Maybe they rush the passer better than they cover. Maybe they’re better zone droppers than they are man defenders. Very few of them are really, what you say, four down type players. Some of them are two down, some of them are three, some of them are one down. They might only be special teamers.”

Specialization was a running theme when talking about the draft on a macro level, not just the inside linebackers. Something Mike Tomlin said was a positive, not a negative, because it means more refined players teams get to work with.

“It’s refreshing to see a nickel corner come to you in the draft more pro-ready,” Tomlin added on. “More trained, more specialized, in terms of the things he needs to do. By the same way, it’s more exciting to see the situational pass rusher come to you with more defined skill sets. Or the interior slot receiver. I just think that all of those guys, globally, are coming to you with more specialized talents. And I think that’s good. Because that’s our game.”

Inside linebacker is one of the top needs for the Steelers. Colbert concluded his thoughts on the position be reiterating how specialized most of the players are.

Pittsburgh has been linked to having strong interest in Leighton Vander Esch, though recent reports about a neck injury puts his draft stock in flux. There’s also Alabama’s Rashaan Evans, who is likely to be squarely in the Steelers’ crosshairs. Or the team could wait into the second round where Texas’ Malik Jefferson and BYU’s Fred Warner could be in the discussion. We’ll find out by the weekend.