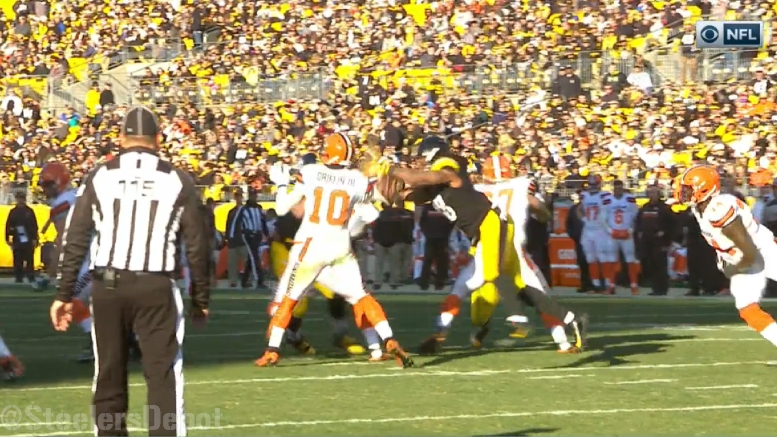 As of Wednesday, the backup quarterback for the Baltimore Ravens in 2018 could potentially be Robert Griffin III. No, this is not a belated April Fool’s Day joke.

The Ravens came to terms recently with Griffin, the former first-round raft pick of the Washington Redskins and 2011 Heisman Trophy winner, to a one-year contract. For now, Griffin and Josh Woodrum are the only two other quarterbacks under contract with the Ravens besides starter Joe Flacco.

“He’s a very talented quarterback who’s had a lot of success in this league early on,” Ravens head coach John Harbaugh said during a Wednesday press conference. “So we’re excited about it. We felt like we needed a No. 2 quarterback. You look at the veteran quarterbacks out there … I mean, where we’re at right now, I’m pretty excited about this player. I’m really feeling like we got a steal.”

A steal might be pushing it. After all, Griffin did not play for a team in 2017 following him being released by the Cleveland Browns a year ago this past March. In fact, Griffin’s last start came in Week 17 of the 2016 season and against the Pittsburgh Steelers. He did, however, complete 29 of his 40 total pass attempts in that game for 232 yards, two touchdowns and an interception in the Browns 27-24 overtime loss to the Steelers. It was the only touchdown passes he thew all season, most of which he missed due to a shoulder injury.

Griffin was the Browns starting quarterback the last time they won in game and that was in Week 16 of the 2016 regular season and against the San Diego Chargers.

It will now be interesting to see if the Ravens ultimately address the quarterback position at some point during the 2018 NFL Draft despite them signing Griffin. The Ravens currently own the 16th overall selection in this year’s draft.