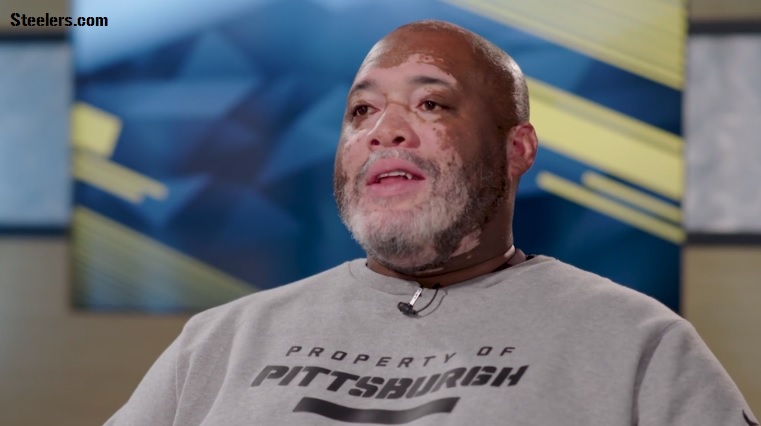 New Pittsburgh Steelers defensive line coach Karl Dunbar certainly isn’t new to the game of football as not only is he a former NFL player, he has also coached at either the college or professional level since 1998. During his first sit-down interview with Missi Matthews of steelers.com, Dunbar was asked to give his own personal coaching philosophy in a nutshell.

“Assessing talent, accumulating talent and then basically getting that talent to play up to, or beyond his potential,” Dunbar said. “And far as defensive line is concerned, teaching guys how to use their hands, how to come out of their hips, and when you’re talking about just football, but my philosophy is making guys team guys.”

Dunbar then proceeded to further breakdown what it means to be a team guy as a member of one of his defensive line units.

“Every line I’ve ever coached the guys have enjoyed playing with each other and they’ve helped each other, because if you’re going to sack a quarterback, there’s not going to be one guy,” Dunbar said. “It’s going to be a group of guys keeping that quarterback in the pocket. And when those guys are unselfish, to do some things that’s not good for them, but good for somebody else, because people are taking away you from doing something else, and I think when you get a group of guys that can do that kind of stuff, my philosophy comes into play.”

Dunbar, who was originally drafted by the Steelers in the eighth-round of the 1990 NFL Draft out of LSU, still believes that a description for a defensive lineman in today’s NFL is still the same as it was when he came into league nearly three full decades ago.

The Steelers new defensive line coach did say, however, that today’s NFL player comes out of college with bodies more ready for professional play.

Dunbar now being in Pittsburgh gives him a chance to reunite with head coach Mike Tomlin, as the two were on the coaching staff of the Minnesota Vikings way back in 2006. Dunbar told Matthews that Tomlin is the same guy he remembers when the two were with the Vikings.

“Well, I haven’t coached with him since then and we’ve been around,” Dunbar said of Tomlin. “And he’s still the same talkative guy. He’s authoritative. When he says something, he wants it that way and I think that’s been the thing that I’ve always enjoyed being around Mike is he is the guy who he is all the time. And when you don’t have to worry about what guy is going to show up, it makes your job a lot easier.”