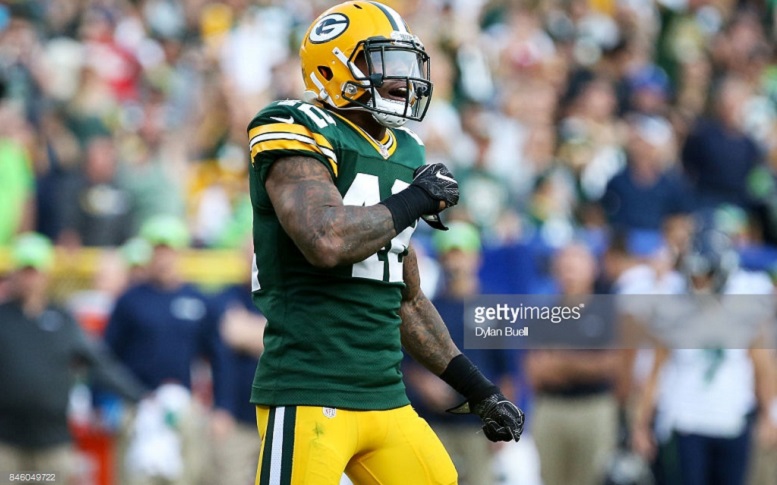 How many times over the course of the last several years have we heard Pittsburgh Steelers defensive players or coaches talk about how the communication on the football field wasn’t great during games? Probably too many to count, right? We’ll, thanks to the first two unrestricted free agents the team has now signed this offseason, inside linebacker Jon Bostic and safety Morgan Burnett, hopefully the lack of proper communication on the defensive side of the football will now pretty much cease to exist in Pittsburgh moving forward.

On Monday, Bostic, who played for the Indianapolis Colts last season, talked about the experience he has when it comes to calling and setting defenses.

“Yeah, I’ve pretty much done that my whole career going all the way back to really little league,” Bostic said Monday when asked about the subject. “I did it last year in Indianapolis and when I was in Chicago, and so that’s nothing new for me.”

As for Burnett, who played his first eight seasons in the NFL with the Green Bay Packers, while the defensive communication helmet with the green dot on it is usually worn by a linebacker in the NFL, he actually had to wear it last season with his now former team. In fact, last year during the regular season, now former Packers defensive coordinator Dom Capers spoke glowingly about how good of job Burnett did when asked to wear the communications helmet and call the defense, and how much they missed him the games he sat out injured.

“There’s no question Morgan’s been our quarterback,” Capers said last October, according to Tom Silverstein and Michael Cohen of the Green Bay Press-Gazette. “He’s been around here the longest. You’ve seen us play him at three different positions. You know, before he went down [injured] he was our signal caller. I always correlate that with the quarterback position. Guys have confidence in Morgan.

“And if there’s any gray area he’s going to try and take the gray area out if it. And so, we’ll look forward to hopefully getting Morgan back here after the bye week.”

Burnett was also asked about his experience wearing the communications helmet in Green Bay during his Tuesday Steelers introductory press conference.

“It was fine,” said Burnett, according to Teresa Varley of steelers.com. “When they brought it to me, I was kind of like, whoa, that’s nothing I’m used to doing. But it doesn’t take long. The only thing you’re doing is repeating what you hear in your helmet. Sometimes it can be a tongue-twister. But you’ve got to improvise and make sure everyone gets it right.

“I was one of the guys that was actually on the field the majority of the time, so with the headset you pretty much need someone that is going to be on the field all the time. I was the next guy up. That was the job they asked me to do, and I did it.”

Hopefully, both Bostic’s and Burnett’s experience calling defenses and getting players lined up properly will pay off immediately for the Steelers in 2018. It sounds like the organization were in search of that particular skill set, in addition to several others, when evaluating and targeting free agent inside linebackers and versatile safeties over the course of the last several weeks.