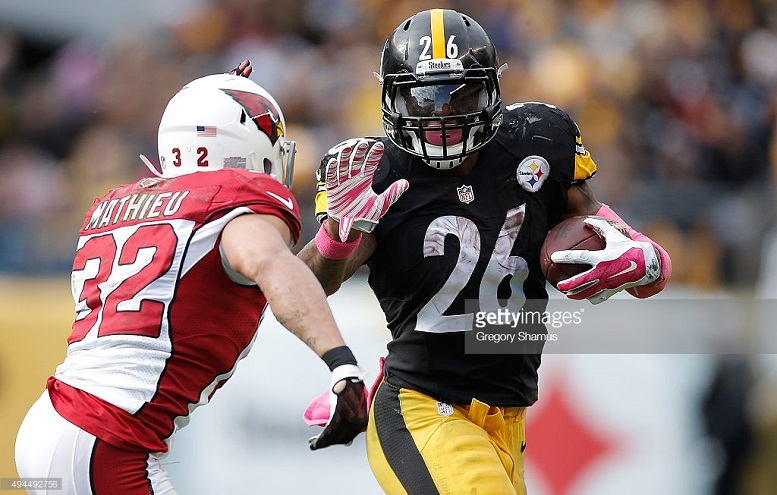 Tyrann Mathieu reportedly signed a one-year contract with the Houston Texans Friday night that is worth up to $7 million and since then there’s been quite a few fans of the Pittsburgh Steelers blasting the team and general manager Kevin Colbert for not landing him. For starters, we don’t know for sure that the Steelers didn’t offer Mathieu a deal and on top of that, it’s now clear that the Honey Badger was mostly interested in an opportunity that would allow him to test free agency again at this same time next year with a higher market value.

Tyrann Mathieu's contract with the Texans could be worth $7 million. He gets a $4.5 million signing bonus and a $2 million base salary. He can earn up to $500,000 in per-game roster bonuses.

The fact that Mathieu’s deal has a base value of $6.5 million tells you all you need to know about how much NFL teams currently believe he’s worth. After all, 2017 was the only season so far during Mathieu’s young career that he’s played in all 16 regular season games as he had previously missed at least two games per season prior to that with shoulder, knee and thumb injuries.

While Mathieu’s 2017 season was a step in the right direction for him, it’s important to remember that he was used quite extensively as a slot cornerback on defense. Even Colbert recently commented on Mathieu during a radio interview while at this year’s scouting combine as it relates to the former third-round draft pick establishing himself as a highly-regarded slot defender in the NFL.

“That’s a starting position and it goes back to a man in Arizona, Honey Badger,” Colbert said on SiriusXM NFL Radio when talking about the nickel slot position in today’s NFL defenses . “Yeah, Tyrann, he kind of established that position.”

Let’s assume for a moment that Colbert did indeed reach out to Mathieu and his agent since Wednesday. If such a conversation did happen, you have to know that Colbert was not interested in signing Mathieu to a one-year contract. If any contract negotiations between the Steelers and Mathieu’s side took part at all, I can almost guarantee you those talks revolved around a multi-year offer and probably around $7 million or less per year average. Mathieu obviously believes he is worth more than what he signed with the Texans for and reportedly even turned down $8 million from the Cardinals, per Kent Somers of AZCentral.com.

As much as most fans of the Steelers likely wanted Colbert to land Mathieu, you have to know that the Steelers general manager was not going to overpay to get him and was certainly not going to do a one-year deal with him. It’s not how Colbert operates with high-profile free agents and it will never be how he operates with them moving forward. If Colbert signs unrestricted free agents to one-year deals, they are usually for the league minimum.

Let’s, however, fantasize for a second that Colbert had landed Mathieu on a one-year, $8 million contract and that he was brought in to mainly play free safety. The Steelers would still have needed to address the position early in the upcoming draft and that player ultimately selected would then need to spend his rookie season as a special teams-only player being as Mathieu would be the starter. That’s a ludicrous plan as the Steelers now like to get their early-round selections on the field and contributing at the position they were drafted to play almost immediately.

In short, stop badgering Colbert and the Steelers for failing to sign the Honey Badger. It was crazy for any of you to expect such a signing to take place and unless Colbert uncovers a huge bargain in the next few weeks, don’t expect any of the other remaining unsigned higher-profile free agent safeties to land in Pittsburgh, either. The reality probably is that Colbert probably didn’t care any about the Honey Badger following his release from the Cardinals.