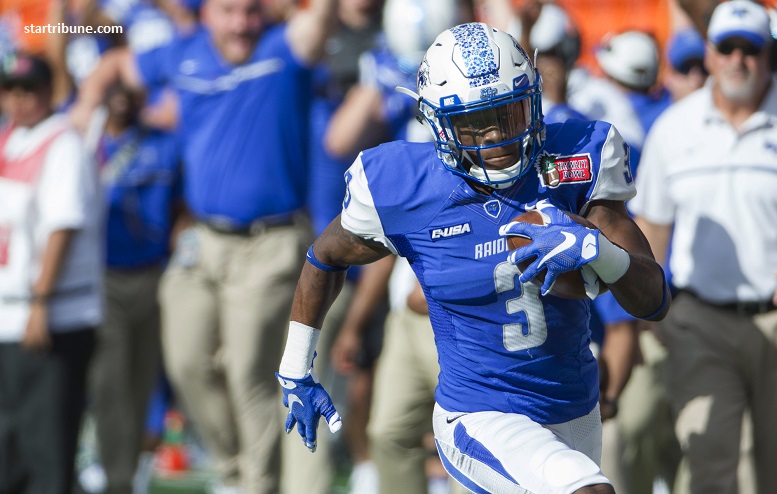 Middle Tennessee State held their pro day on Monday and wide receiver Richie James was the main attraction. According to Erik Bacharach of the Daily News Journal, the Pittsburgh Steelers had at least one scout present at the event and James admitted they were one of the many teams that talked to him.

James, who measured in at the scouting combine at 5-10, 183-pounds, reportedly now owns the Middle Tennessee State record for catches (244), receiving yards (3,261) and receiving touchdowns (23). He only participated in receiving drills on Monday. James only played in five games this past season due to an ankle injury and a broken collarbone.

Cornerback Charvarius Ward, who reportedly measures in at 6-0, 198-pounds, reportedly set personal bests in the bench press, 40-yard dash and three-cone drill on Monday, according to Bacharach. He registered 48 tackles and 14 pass breakups for MTSU last season.