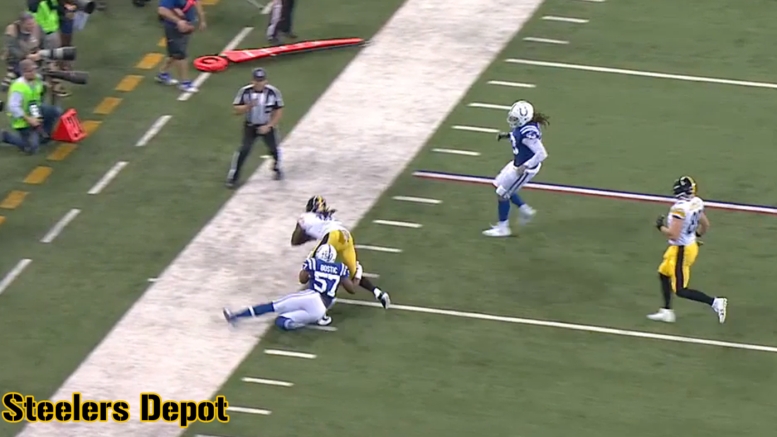 As it typically is with the Pittsburgh Steelers in free agency, one of the more enigmatic franchises in the NFL went about its business in free agency with the cloak-and-dagger approach. They signed two free agents to contracts in a hurry after the initial flurry of free agency subsided, and prior to it happening, nobody really knew anything about it.

Funnily enough, the two players known to have gone on visits to the UPMC Rooney Sports Complex in Pittsburgh during their free agency runs did not end up signing with the team, those being wide receiver Matthew Slater and safety Michael Thomas, both of them primarily known for special teams.

But the two players that they did sign, inside linebacker Jon Bostic and safety Morgan Burnett, reached terms with the team before ever arriving in the city, and without “sources” saying that they had interest from said team.

And both of them are penciled in as starters for this season. The team’s other major recent signings in free agency, most notably safety Mike Mitchell in 2014 and tight end Ladarius Green in 2016, were pursued without the buzzing of the usual media swarm relaying unverified details.

Burnett even confirmed during his time with the media earlier today that the Steelers previously expressed interest at the start of free agency, and yet we heard no word of it. I’m betting Bostic may have heard similarly from the team as the brain trust bided its time. While one market ran hot and the needy teams ran out, the other market was cold and unfavorable.

Now, of course, sometimes the team does actually bring in players for a visit before agreeing to terms with them. Their biggest signing from a year ago defensive end Tyson Alualu, was one such player, coming in on a Monday—March 21, to be specific, exactly a year ago—before signing a two-year, $6 million contract.

Still, the general point remains in focus. The Steelers don’t spend a lot of time beating around the bush, or at least they don’t let the whisperstream get wind of it. If they have interest in a player, you hear about it right before something happens, and not over a period of weeks.

Another example of this point would be the pursuit of Dont’a Hightower a year ago. They brought in him for an extended visit, and they offered him a contract. And an ultimatum. Sign the contract before you leave Pittsburgh or the offer is rescinded. He left Pittsburgh, and that was it.

Even last August, they signed cornerback Joe Haden to a three-year contract the same day that he was released by the Cleveland Browns. This is all reflective of a premeditated and organized strategy, which is the same philosophy that lets them ‘run up to the podium’ to get their pick on draft day.