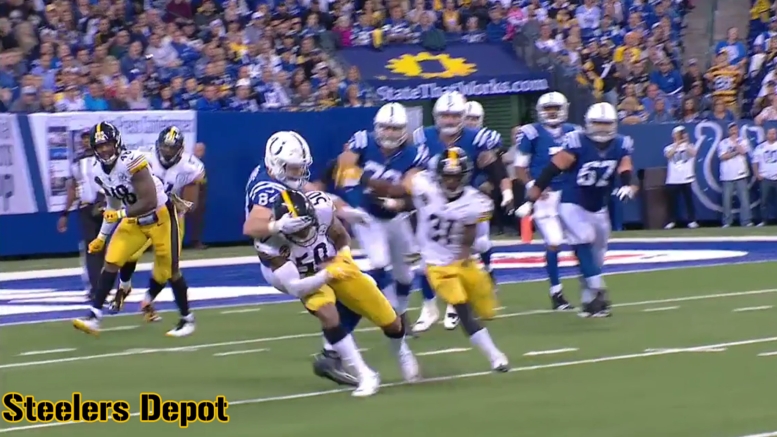 In spite of its flaws, the Pittsburgh Steelers have a better defense than many are inclined to acknowledge. The injury to Ryan Shazier last season had a dramatic ripple effect on the team, however, from which it could not rebound within the same season, for a number of reason, not the least of which being the lack of an adequate healthy backup at his position.

Absent Shazier for 2018 and with Mike Mitchell’s decline and high salary resulting in his subsequent release, the Steelers have made moves this offseason to bolster arguably their two weakest spots on the roster heading into the year by signing Jon Bostic to start at mack linebacker and Morgan Burnett to start, presumably, at strong safety, moving Sean Davis to free, though the specifics are yet to be sorted.

While the additions are nice and all on a budget—and both players that they brought in have great assets in terms of football intelligence and fundamentals—they don’t do much to help one of the team’s issues, which is the lack of ‘splash’, as Mike Tomlin likes to say.

Unfortunately, Shazier was that splash player. Over the past three seasons, in 37 games (a few of them incomplete games), he has recorded seven interceptions and produced seven forced fumbles, accounting for 14 turnovers or potential turnovers in what is the equivalent of roughly two and a quarter seasons. He has also added two more interceptions and two more forced fumbles in six career postseason games.

Any way you look at it, Shazier accounted for a big portion of the defense’s field-flipping plays. He was the difference-maker, the defender who had the potential to change the game in one play. While there have been modest contributions from others, there is no clear indication that anybody else is capable of stepping into that role.

Cornerback Artie Burns had three interceptions in his rookie season, but had just one in 2017, late in the season against a third-string quarterback. Safety Sean Davis did intercept three passes and force a fumble in 2017, however, perhaps providing the best spark of hope for a player who can produce splash plays. He also has two and a half sacks in his career.

Joe Haden is of course a player who has shown in the past to be able to take the ball away, though he is a bit removed from that sort of play. The hope is that a full offseason with the team may help him in that and other areas.

Vince Williams is a nice player, but has not been a contributor to splash plays. He has one interception and no forced fumbles in his career. If anybody from the linebacker unit could conceivably step up, it might be last year’s rookie starter, T.J. Watt.

Perhaps it started a bit overly optimistically, recording an interception and two sacks in his first game, but Watt also recorded a game-ending strip-sack against the Ravens late in the year, and got his hands on a number of balls. In Shazier’s absence, takeaway production from Watt would be a momentous development.