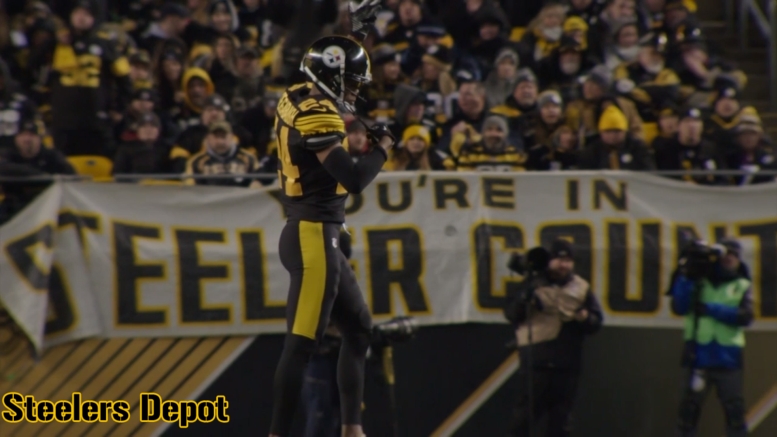 Well, I wouldn’t exactly say that things went as planned for Coty Sensabaugh last season. Once a starter for the Tennessee Titans, the veteran found himself in the bargain bin a year after the Los Angeles Rams dumped him a few games into a multi-year contract that was to pay him like a starter. He finished the 2016 season scrounging for snaps in the New York Giants’ secondary.

The Steelers signed him to a modest two-year contract in free agency, and at the time it was not clear exactly what sort of role he would play. Ross Cockrell was the incumbent starter at the left outside cornerback position, and as the preseason developed, the two actually were pitted against one another in a competition to start.

Can you imagine that?

Of course, shortly following that development, the Steelers acquired Joe Haden, who became the immediate starter and resulted in Cockrell being traded to the Giants and Sensabaugh sitting on the bench aside from special teams duties.

He was the next man up after Haden suffered a leg injury early in the second half of the season, however, starting the next four games but struggling in the process. He was benched at halftime in a game against the Cincinnati Bengals in favor of rookie Cameron Sutton, who was recently activated from injured reserve.

Sutton leapfrogged him not just on the cornerback depth chart, starting the next week before Haden returned, but also on special teams, taking over some of the assignments in that phase of the game that previously belonged to the veteran. By the end of the year, he spent some time in street clothes as a healthy scratch.

His first start did come against his former team, the Titans, and he recorded an interception of Marcus Mariota, adding three passes defensed during his total playing time during the season. He was exposed in coverage a couple of times overall, however, leading to big plays.

I don’t think it would be accurate to say that Sensabaugh is a lock to make the team this year, offering a cap savings after displacement of about $900K. Cornerback is finally a position at which they have depth with Haden, Artie Burns, Mike Hilton, Sutton, and Brian Allen, and the forgotten Dashaun Phillips, with the potential to add another in the draft.