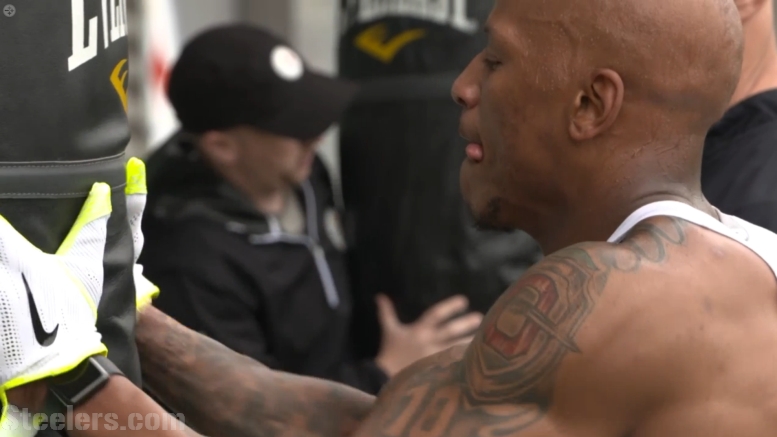 I can’t imagine there being anybody who follows this site who does not know Ryan Shazier’s story by now. The Pro Bowl Pittsburgh Steelers linebacker is vowing to return to the field after suffering a severe spinal injury, and is undergoing extensive rehab as his body and his nerves learn to allow him to walk again.

Shazier has spoken of the work and dedication that he has put into the process, and on Roosevelt Nix’s podcast, he talked about how much appreciation he has gained for the small triumphs along the way, and especially for the incredible network of support that he has around him.

“I’m really trusting the process” of recovery, he said. “I know the end goal, so I’m like, taking every step of the way, but I’m giving everything I’ve got”. He talked about how his therapists told him that they are grateful to be working with an athlete because they’ve never seen something working so hard. That they see progress out of him nearly on a daily basis that they see occur in other patients on a weekly basis.

“I ain’t gonna front. I’ve gained so much more appreciation for people that have disabilities, in wheelchairs and all that. You could be going up a one-incline ramp…boy, that junk’s so much harder”, he told Nix during the interview.

“The thing that’s so funny is like, when I do the littlest things, I’m like, ‘bro’. People don’t understand how much people will appreciate this right now. It’s so crazy. Like the process of me trying to get my feeling back, to stand up and all that. Everything I did, I appreciated every moment”.

Then he went back to the injury, when it occurred early in December in a game against the Bengals, on the road. He was promptly taken to the hospital, where he was soon joined by those close to him. “They were probably on the flight before the game even finished”, he said. “My mom’s been here every day since. My dad was here for a whole month, and he was like, bro, I gotta go into work’”.

Nobody has been there more than one person, though. “It definitely helps, bro. I ain’t even gonna front. [My fiancée] Michelle, when I stayed at the first hospital, from the day I was at the hospital, she didn’t leave my side. She didn’t even, like, go to another room”.

He said that his family joked that she needs to get up and move around, and not sleep on hospital chairs, or she’ll need a chiropractor. He draws much of his strength from her. “She really is standing strong”, he said, as is the rest of his family, by blood or by bond.

“People don’t understand. The Steelers and the city of Pittsburgh are just amazing”, Shazier went on to say, talking about that initial moment when he featured on the screen during the Steelers’ next game. He revealed to Nix that he told the team not to tell them beforehand.

He was uncertain, he said, of how he would feel that day, saying that he was still experiencing a lot of pain at that point, and that he had to decide that day what he would do. But the Steelers were well-prepared, virtually turning the suite in which he sat into an ersatz hospital room, with a doctor and nurse.

I think it’s safe to say that he has a nation of Steelers fans, and certainly beyond, who are pulling for him, and will continue to celebrate every milestone along his path to recovery.