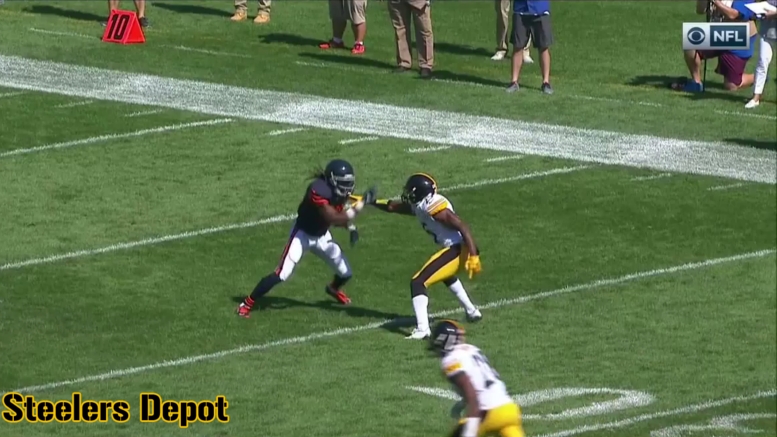 While the wide receiver position is not a critical nor immediate need for the Pittsburgh Steelers at the moment with Antonio Brown, JuJu Smith-Schuster, and Martavis Bryant already under contract, it is an area that the team will definitely want to consider investing in in some form or fashion during the offseason, whether that comes via free agency, as they did last year with Justin Hunter, or the draft, which they do almost literally every year.

Alex Kozora made the suggestion yesterday that they should consider targeting former Cleveland Browns wide receiver Terrelle Pryor if he is amenable to a workable contract in the range of $3-4 million per season as he comes off an injury-plagued season during which he ‘bet on himself’ with a one-year ‘prove-it’ deal that included $2 million in unearned incentives.

Another familiar name that they might want to consider is Markus Wheaton, whom the Chicago Bears are expected to release. Wheaton was the Steelers’ third-round draft selection in 2013 and spent his first four seasons with the team before he signed a two-year contract with the Bears in free agency in 2017.

That did not end well for anybody involved, as he quite frankly barely played. While he did manage to get into 11 games during the year, he caught but three passes for 51 yards. He was plagued by injuries all throughout the offseason.

Way back in July, in fact, he had to have an appendectomy to start things off. That caused him to miss a couple of weeks of important growth with his new team and his rookie quarterback. Then he broke his finger on his left hand. He broke fingers during his rookie season as well, which virtually rendered him a non-factor for much of it.

In the middle of the season, he also suffered a torn groin that sidelined him for another month or so. It was a perfect storm in an ugly year for the Bears that simply built off an already ugly 2016 that was riddled with injuries for him in his contract year with Pittsburgh.

In spite of that, the Bears still signed him to a two-year worth $11 million. He has a $5 million base salary this year that the team, one would think, is highly unlikely to want to honor. Frankly, it was an overbid from the beginning.

And quite honestly it wouldn’t surprise me at all if he ends up signing with a team for not far above the veteran minimum. He hasn’t done much of anything for two years due to injuries, catching a total of seven passes for 102 yards and one touchdown in that span.

That might not sound particularly appetizing an option for the Steelers, and maybe it isn’t, but they’re not looking for a starter here, they’re just looking to replenish depth, and Wheaton is a player that they’re obviously already greatly familiar with. Plus if he is released, it would have no impact on their compensatory pick formula, which admittedly is hardly of concern to the team’s front office, in contrast to other organizations.

And if that fails, the Bears also have Demarcus Ayers on their roster…