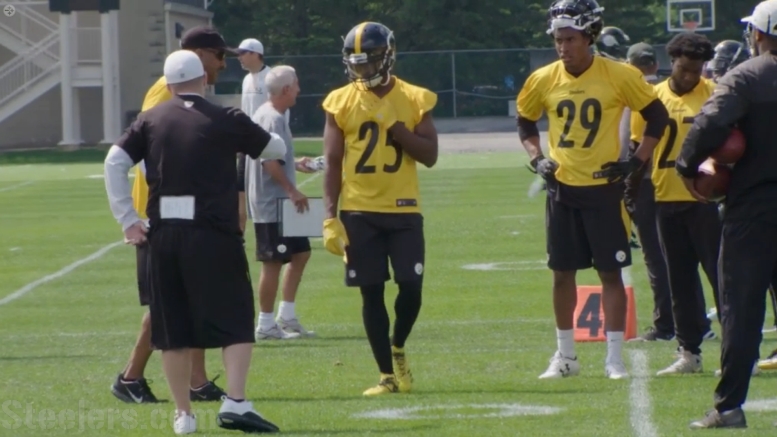 Carnell Lake, until yesterday, had been with the Pittssburgh Steelers as their defensive backs coach since 2011, hired in order to replace Ray Horton, who had gotten the opportunity to be a defensive coordinator. Steelers fans have wanted Lake fired since about 2013.

It took a while, because his defenses ranked tops in the league in 2011 and 2012 in passing yards allowed per game. They also still had Ike Taylor, and 2011 was also the year that Keenan Lewis began to contribute in the nickel. He was a starter opposite Taylor in 2012.

Then Lewis left in free agency, replaced in the starting lineup by Cortez Allen, who, along with Curtis Brown were drafted the same year Lake came aboard. The front office bet that Allen’s late-season turnover production was indicative of the future. [Narrator: It was not.]

So Lake suddenly found himself working with Taylor in his twilight seasons and an oft-injured failed starter in Allen. While Taylor had a fairly solid year in 2013, he only played five games in 2014 due to injury. So who did play that year?

William Gay, of course. He was in the nickel, but moved outside when Taylor was injured. He intercepted three passes for touchdowns that year. After Allen was benched, he was replaced by Brice McCain, who had his own struggles, and worked in the slot in the nickel, with Antwon Blake in the outside.

This crew was dubbed by myself the Munchkin Bunch, and it was obviously a group that was not sustainable. Coupled with the end of Troy Polamalu’s career, and Ryan Clark’s before it, the defensive backfield underwent a major shift under Lake that was not his fault.

Let’s recall that through the Steelers’ last Super Bowl run, they had Taylor, Polamalu, and Clark throughout, with a mixture of legitimate contributors elsewhere, such as Deshea Townsend and Bryant McFadden, who was a good player on his first contract.

Lake was handed a lemon that was due to rot, and the Steelers didn’t do much in time to ease the turnover. At least, they didn’t do so successfully. Brown was a third-round bust and Allen’s development into a starting contributor was a mirage.

I’m not going to penalize the team much for fifth- and sixth-rounders not panning out, like Terry Hawthorne and Crezdon Butler, and frankly, we never even got to see Senquez Golson because of his injuries, which were not necessarily predicted by his college career.

What role he played in the failure to draft and develop a higher pedigree of talent is not something that we as outsiders will ever be able to say for certain, though I do find it unfortunate that he did not get one more season to work with the current group.

There is reason for optimism in the secondary for 2018. Artie Burns, Sean Davis, and Mike Hilton are all young players capable of improving. Joe Haden did not have an offseason, and missed most of the second half of the year. And we still have more to see from Cameron Sutton and Brian Allen.

The state of the secondary is, I think, an exciting one, and one that Lake will not oversee. If the secondary improves in 2018, as is predictable, then this will be held against him. It may be deserved or not, as we only get to judge by the results.