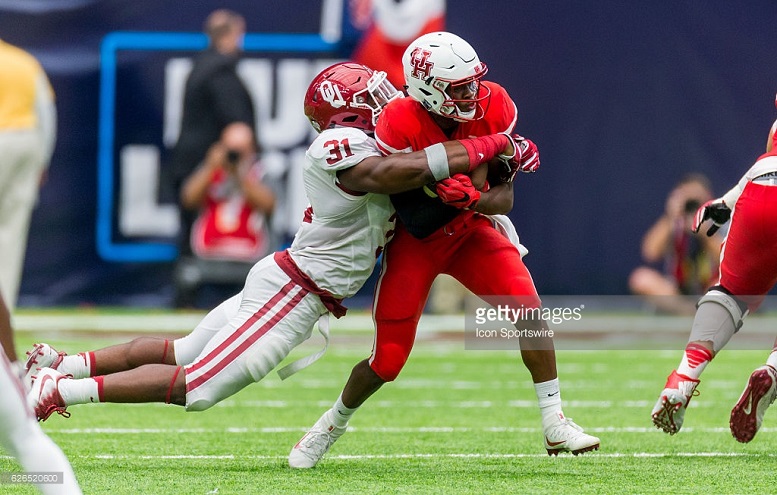 Most mock drafts have the Pittsburgh Steelers selecting either an inside linebacker or free safety in the first round. Both of which make a ton of sense. But those aren’t the only two options. In their latest seven round mock draft, DraftTek has them going in a third direction, selecting Oklahoma OLB Ogbonnia Okoronkwo 28th overall.

In their explanation, they wrote:

“Okoronkwo consistently flashed in Senior Bowl practices and backed this up with a productive game where he showed ability to rush with speed and with power. The Combine will be critical for him to silence critics who say he’s too tight-hipped or cannot move in space. The Steelers need a player with a violent disposition to rush from the edge. In his first year, Watt has been productive mostly due to exceptional effort and Dupree hasn’t been much of a threat to the passer. Okoronkwo is a good addition to this group as a player who can rush with power to disrupt and sack the QB.”

He would certainly break the mold of what the Steelers have gone for in a pass rusher, though in no way is that a bad thing. At 6’1 243 pounds, he’s a speed pass rusher who can consistently with the edge and use his leverage to his advantage. Okoronkwo racked up 21 sacks in 26 career starts as a Sooner. Outside linebacker might not be the #1 need but he’s an excellent prospect and the position definitely needs a new face. Here’s a link to all of his college sacks.

In the second round, they have the Steelers addressing one of those top needs, grabbing Texas safety DeShon Elliott.

“Elliott was a very productive player for the Longhorns last season with 6INTs and 9 PBU to go with a healthy 8.5 TFL in run support. He’s a productive ball-hawking prospect but with only one year as a starter, the team will be thorough in their evaluation.”

I came away impressed with Elliott in my study of him and even suggested he could wind up in the first round conversation. He’s raw with only one year as the starter but is well-rounded and made splash plays, something lacking from Steelers’ safeties for several years now. It’d be a great fit. Read his scouting report here.

The third round continues the Texas trend with linebacker Malik Jefferson, who would play inside for Pittsburgh. Though I would be surprised to see him fall that far.

With their pair of 5th rounders, the Steelers select Virginia Tech DT Tim Settle and Indiana TE Ian Thomas. And in the 7th, CB Rashaan Goulden out of Tennessee, following in the footsteps of Cam Sutton.

In all, a solid mock draft, and the site consistently seems to be on top of things when it comes to Pittsburgh, unlike many other places.