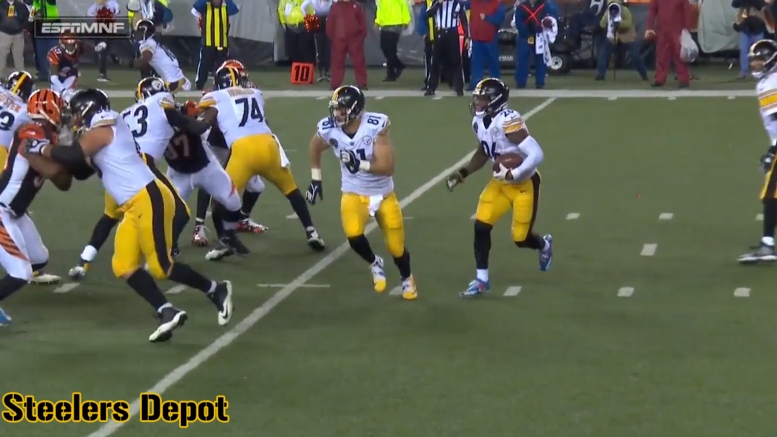 I’m really not quite sure why it is, but it doesn’t really feel as though David DeCastro has already been in the league for six seasons. The fact that his rookie season was truncated due to a torn MCL might partially explain that, but it still feels as though he is younger than his experience suggests.

He is at least somewhat on the younger side, having only just recently turned 28 years old. He is the youngest starter along the offensive line; younger than Alejandro Villanueva, who will turn 30 in September; younger than Maurkice Pouncey, who will be 29 in July.

And he is also the best of the bunch, as his accolades rightfully point to. He has been named to the Pro Bowl in each of the past three seasons, and has also made the All-Pro list with equal frequency. In 2015 and in this past season, he was on the first team, while making the second team in 2016.

And the 2017 season saw the best of DeCastro, combining all of his strengths and minimizing his weaknesses. He himself has talked about hitting the prime of his career, where he remains at his athletic peak while joining together with his experience and accumulated knowledge.

His bread and butter remains his ability to pull and block in space, at which he excels, and he did that in 2017 as well as he ever has, but the strides that he has continued to make in all areas is noteworthy. He has become one of the top pass-protecting guards in the NFL, the only team that gave him issues all season being the Jacksonville Jaguars.

He is beginning to become as important off the field as on it, as well, emerging as a leader in the locker room and ambassador on behalf of it, the latter point culminating in his being given an award this past season for his handling of the media.

There is a reason the Steelers paid him what they did, and a reason they were comfortable enough in restructuring his contract. They know what they’re getting in him, and what they’re not getting. He is one of the few true foundational pieces of this team. He’s also under contract through 2021.