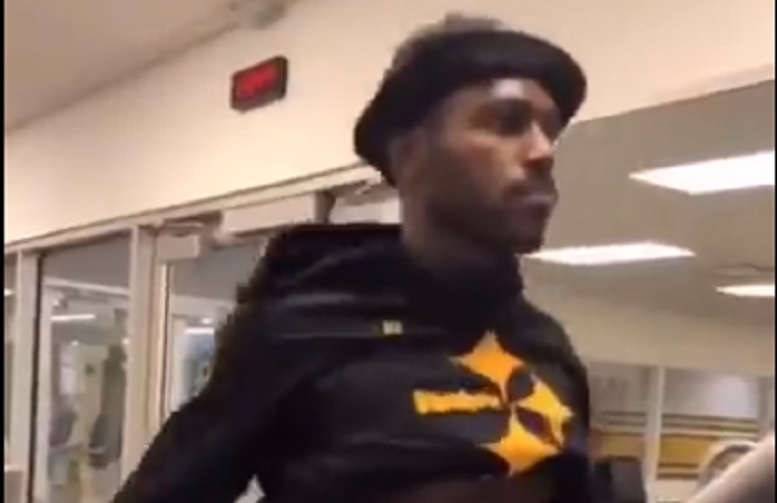 The Pittsburgh Steelers first playoff game is now a little less than two weeks away and the hope is that wide receiver Antonio Brown will be healthy enough to play in it.

Brown, who suffered a left calf injury during the first half of the Steelers Week 15 home loss to the New England Patriots, kicked off his new year on Monday by getting some work in a treadmill that looks like it’s inside a hyperbaric chamber.

The last time that we checked in on Brown’s rehab he had just started walking up a flight of stairs at his house as well as his driveway. In both of those instances it appeared as though Brown was in a lot of pain. That, however, doesn’t seem to be the case now that he’s on the treadmill.

Steelers head coach Mike Tomlin hasn’t had much to say about Brown since he suffered his injury and perhaps he’ll update his condition on Tuesday when he holds his weekly press conference. For now, all we can do is keep out collective fingers crossed that Brown doesn’t suffer any setbacks and that he’ll ultimately be ready to play again the next time the Steelers take the field.