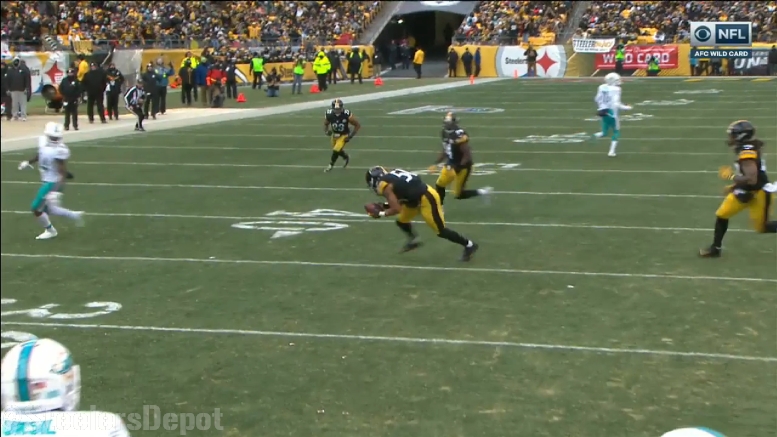 It is hard to understate the loss the Pittsburgh Steelers suffered when inside linebacker Ryan Shazier was injured. A Pro Bowler this season, he may have been even destined for the All-Pro list if he were able to finish out the season. The former first-round pick really came into his own in year four.

We all know what he is going through at the moment, and there has recently been news trending in the positive direction with regards to his recovery from a serious spinal injury. But we can still talk about Shazier as a player, and, in fact, I think it is something that he would like. The Steelers still keep him involved in their game-planning process.

In just 11-plus games this year, he put up 89 tackles, forced two fumbles, intercepted three passes, and recorded an astonishing 11 additional passes defensed, which is an excessive number for a linebacker. I still find it remarkable that he did not record a sack this season, as it is something that he does well.

Taking the numbers that he put up during his first 11 games, he was on a pace to put up 127 tackles this season and four to five interceptions, plus 16 passes defensed and three forced fumbles. I’m sure he would have gotten the zero out of the sack column as well.

But where his loss will be felt most distinctly is in the postseason, as he had over the course of his career put up some of his best numbers in that time. The Steelers embark on this postseason run with a completely different inside linebacker pairing, now with Vince Williams and Sean Spence rather than Shazier and Lawrence Timmons.

In six postseason games, he recorded 42 tackles with two interceptions, two forced fumbles, and four passes defensed. He has come up big for the defense at this stage a number of times as well, and there is one example more than others that stands out.

That would be the 2015 Wildcard Round, hosting the Cincinnati Bengals. The Steelers at that point had not won a postseason game since 2010, and it was looking as though they will have blown a game to their division rival.

The Bengals were virtually in a position to run the clock out late in the game, but Shazier forced Jeremy Hill to fumble. Ross Cockrell recovered and the rest is history. He also forced a fumble earlier in the game on Giovani Bernard.

The following year, he recorded interceptions in the first two rounds of the postseason, and had done so in the final two regular season games as well, thus establishing a four-game streak, tied for the longest in team history.

There might not be anybody in the league who can replicate completely what Shazier brings to the field, but even discarding that, he also is a player who repeatedly came up in big spots in postseason play for the defense over the past two years. That will certainly be missed this year.