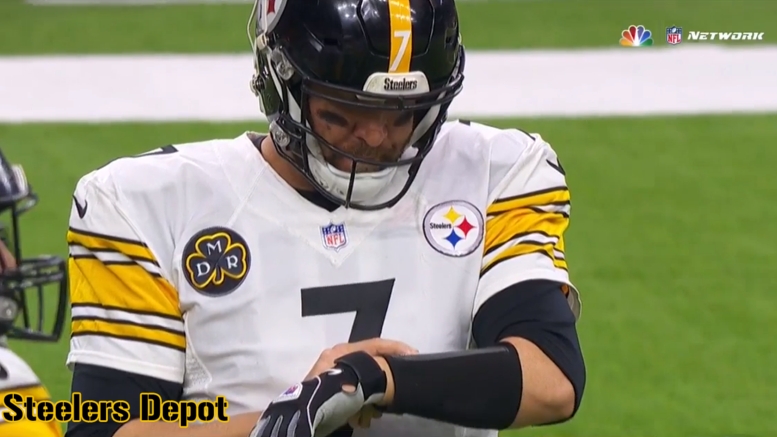 The Pittsburgh Steelers 2017-2018 season just came to an end thanks to a 45-42 home loss to the Jacksonville Jaguars but it appears as though quarterback Ben Roethlisberger will not leave us hanging very long about his future like he did last offseason.

According to Ron Cook of the Pittsburgh Post Gazette, Roethlisberger indicated after Sunday’s loss to the Jaguars that he intends on playing next season.

“I plan on coming back next year,” Roethlisberger said.

Ben Roethlisberger: "I plan on coming back next year.'"

Roethlisberger completed 37 of 58 total pass attempts for 469 yards and 5 touchdowns in Sunday’s loss. He did, however, have one interception that the Jaguars converted into a a touchdown in addition to fumbling the football while being sacked in the first half and that turnover was returned for a touchdown.

“I definitely gave a desire to play football. I love this game, I love these guys,” Roethlisberger said during his post game press conference.

The quarterback knows that most of his offensive teammates will be back next season and especially his linemen.

“I don’t know who’s coming back, but I know the guys up front are and that makes it good for me. So I look forward to next year with these guys,” he said.