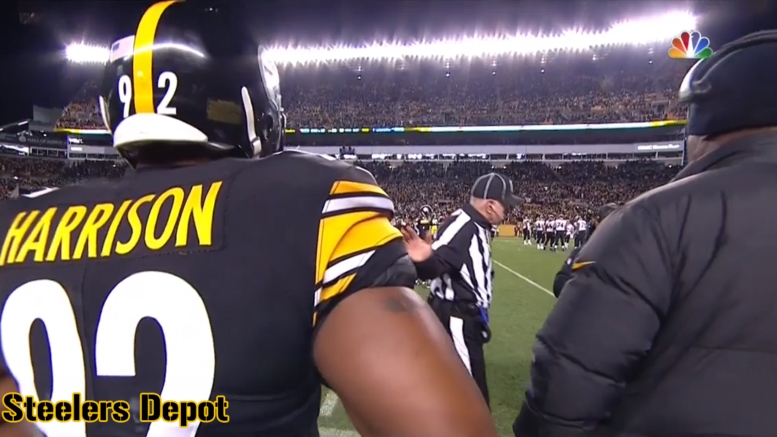 Should the Pittsburgh Steelers end up winning the Super Bowl this season, their seventh in team history, then I would argue that the documentary created to immortalize the 2017 campaign ought to have somewhere in the title the word ‘resilience’, because that to me best defines the way in which this team has navigated the waters of adversity this season.

Self-inflicted or otherwise, the Steelers have dealt with no shortage of controversy and struggle, more than I can ever recall for a single season in team history. Yet it has merely served to galvanize the locker room, which is a credit not just to head coach Mike Tomlin, but to the players themselves, chiefly the locker room leaders.

That would include everybody from the captains of the team, such as Ben Roethlisberger and Cameron Heyward, to even the lesser-recognized contributors like Darrius Heyward-Bey and William Gay, veterans of their position who help to maintain their group, and to coach them in lessons both on and off the field.

“I think we’ve shunned it to an extent to where it doesn’t really faze us” Heyward told Associated Press reporter Will Graves about the weekly drama that has been the 2017 regular season. “I couldn’t even tell you all the drama that goes on. I think we’re so focused and goal-oriented when it comes to certain things, we haven’t had time to think about the little stuff. We make fun of the petty stuff. We’ll laugh at the stuff that happens”.

And that certainly has been the case. When Martavis Bryant was reported to be a malcontent, it was laughed off in the locker room. He may have made some comments on social media, but to a man, they have vouched for his having been a good teammate and a diligent worker. That doesn’t mean he’s happy with his role, but he is far from the cancer some outlets may have cast him to be.

James Harrison’s situation was a bit different. He wanted out because he was not given the role he feels he was led to believe would be his. He was denied his release and then worked toward forcing the team’s hand by, in many ways, checking out. After signing with the New England Patriots, many of his former teammates called him out on how he handled his exit, and rallied around those who remain.

Through it all, the team has played this season under a shadow following the passing of owner Dan Rooney, and that has more than anything been a focusing theme for the group, wanting to honor his legacy by adding to the trophy case.

Outside of the anthem controversy, which players acknowledged was a distraction that may have contributed to their loss to the Chicago Bears in the third week of the season, this is a group that has learned to put things behind them once the whistle has blown.

It has led them to a 13-3 season, their best record since 2004, and a bye week, which they have not had since 2010. They are poised to have the best postseason run in years, and that is largely thanks to the resilience of a locker room and coaching staff that blends youth with experience.