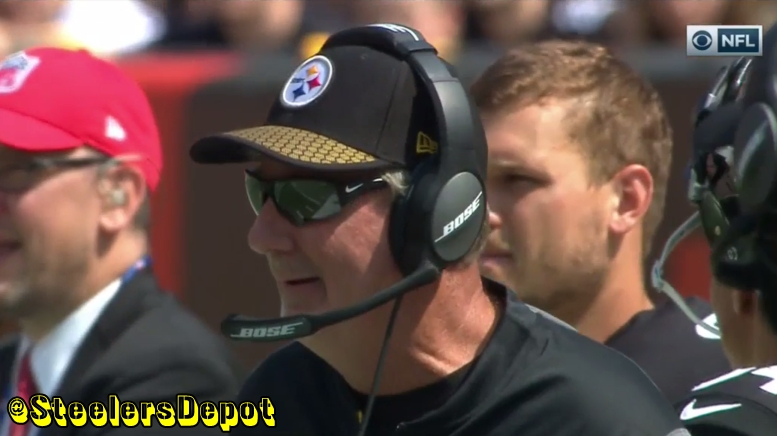 If you were hoping the Pittsburgh Steelers would make coaching changes on the defensive side of the football during the offseason you’re likely going to be disappointed.

According to Gerry Dulac of the Pittsburgh Post-Gazette, Steelers head coach Mike Tomlin has told his defensive coaches he is not going to make any changes and intends to bring that portion of his staff back for the 2018 season.

This means that defensive coordinator Keith Butler will more than likely be given at least one more season and the same goes for the other Steelers defensive coaches, John Mitchell, Joey Porter Jerry Olsavsky and Carnell Lake.

Butler became the Steelers defensive coordinator in 2015 after spending the previous 12 seasons as the team’s linebackers coach.

The Steelers defense had its share of ups and downs during the 2017 season and while that side of the football set a franchise record in sacks, they gave up far too many explosive plays both through the air and on the ground. The Steelers defense had their worst showing of the season in Sunday’s home playoff loss to the Jacksonville Jaguars, whose offense scored 38 points in that game on their way to a 45-42 win.

The Steelers are once again expected to spend several of their top draft picks on defensive players this offseason. The team could use another top-rated inside linebacker, free safety and outside linebacker. Additionally, the Steelers might consider drafting another defensive tackle during the second half of the draft.

Several veteran defensive players who played a large amount of snaps during the 2017 regular season that are currently under contract for the 2018 season might not be retained. That small list of players includes safety Mike Mitchell and cornerback William Gay. Additionally, inside linebacker Ryan Shazier is currently trying to battle back from a serious spine injury.