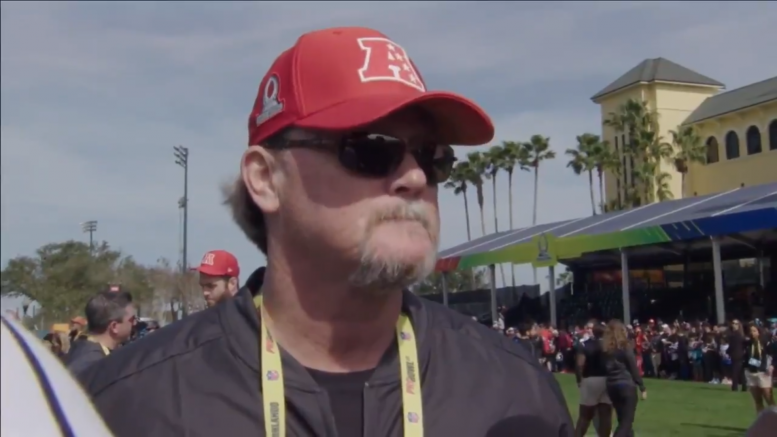 One of the central points of focus surrounding the Pittsburgh Steelers’ decision to part ways with former offensive coordinator Todd Haley, who has since signed with the Cleveland Browns for the same role, has been the presumption that there existed problems in his relationship with quarterback Ben Roethlisberger and other players.

There were comments made by some that could have been construed as indicating that there was some discomfort over the lack of input that others had in creating an offensive game plan and things of that nature. I’ve always been skeptical of this, but the team did move away from Haley.

Whatever may have been in the past, the future, at least currently, is the offense of Randy Fichtner, who has never called plays before at the professional level. He has been with the Steelers for 11 years, first as the wide receivers coach and then as the quarterback coach, but he did call plays while at Memphis in the college ranks.

The Steelers’ coaching staff was invited to coach the AFC side of the Pro Bowl this year, and it was a good opportunity for Fichtner to dip his toes into the water. It evidently confused Steelers running back Le’Veon Bell, also in the Pro Bowl, that he was hearing different terminology, but Fichtner yesterday explained that that is because he was making it universal to coach players from all different teams.

He was asked about how he plans to run the offense and whether or not he is going to ‘put his stamp’ on the group, but he wanted to avoid such questions, saying that it will come when they return to Pittsburgh.

“We’ll talk about things, like we always have in the past, and will continue to do”, he told reporters in Orlando. “We’ll dissect, we’ll chew it up, we’ll look at the good and the bad and the ugly from last season, try and see how we can make it better, and always adapt to your personnel and adapt to your coaches and bring input. It’ll always be a ‘we’. That’s just how I operate”.

Another thing that he was asked about later in the interview was about how much input Roethlisberger, his quarterback, was going to have in the offense, from the game planning to the plays that are called during the game.

“A bunch”, he said, “but we’ve always done that. Todd did that. We did that. You’d be neglectful if you didn’t have communication like that with your quarterback”. Naturally, when you have an intelligent franchise quarterback, you are going to want to get his perspective on what he wants to run.

Roethlisberger has a tendency to make some dramatic and passive-aggressive remarks, which he has done throughout his career regardless of his relationship with his offensive coordinator of the time. I don’t know what to make of this and that comment. But Fichtner is making it rather clear that the game plan will be a very inclusive process.