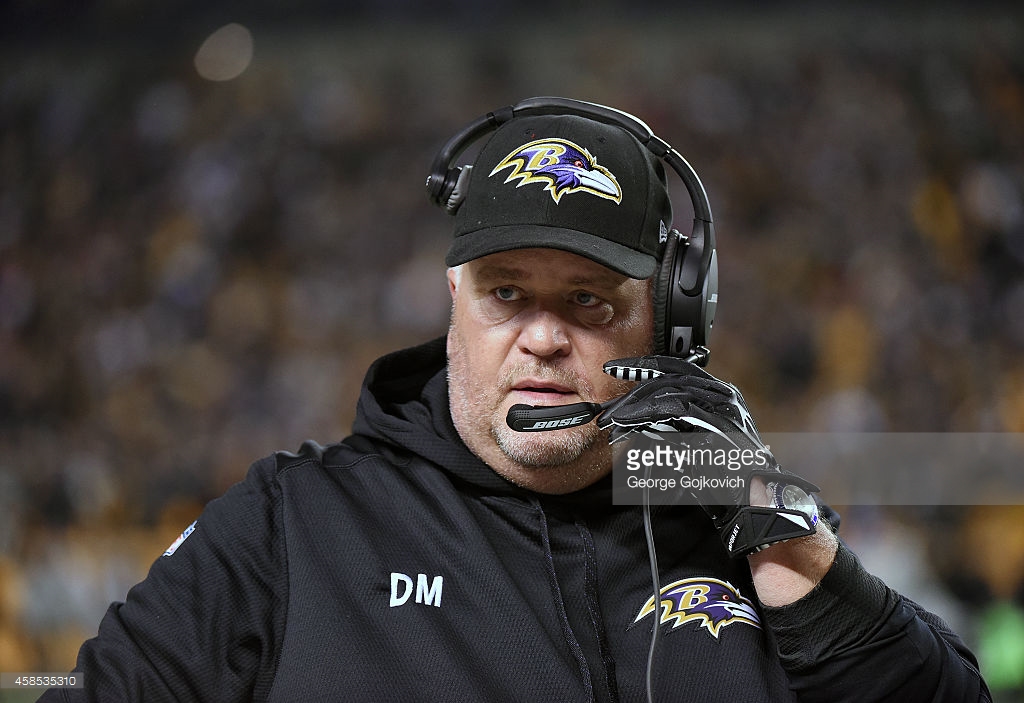 As has been their pattern for the entire, though admittedly relatively short, history of the franchise, the Baltimore Ravens promoted from within this offseason in order to find their next defensive coordinator in the wake of the retirement of Dean Pees, who served as defensive coordinator since Chuck Pagano left to become a head coach.

His previous gig prior to joining the Ravens’ staff, however, was already at defensive coordinator, but it was a bitter and short period in his career. Martindale lasted just one season with the Denver Broncos in that role as the team finished 4-12 at the end of the season and saw the entire coaching staff wiped clean. He was already their linebackers coach the year before, but was previously with the Oakland Raiders.

Unfortunately for ‘Wink’, as he is known, his unit was awful, finishing dead last in yards allowed with 390.8 per game. The Broncos allowed just a half a point or so shy of 30 per game, only recorded 18 takeaways and just 23 sacks, with a league-worst 62 explosive passing plays. They also gave up over 150 yards on the ground per game, allowing both 26 passing and 26 rushing scores, and a league-worst 22 explosive rushing plays.

Over the course of a 16-game season, then, Martindale’s unit allowed 84 explosive plays against them, which is an average of five and a quarter per game. Think what you want about the Steelers’ defense this season, but it is the 1976 Steel Curtain in comparison to the Broncos’ bunch from 2010.

Understandably, the Ravens’ new defensive coordinator sees this as an opportunity to prove that he is capable of doing the job after being given only one year to try.  That is what this represents to him “without a doubt”, he said. “My family knows it. Everybody knows it. My players know it. I can’t wait”.

Martindale believes that his prior season as defensive coordinator was very informative, at least. “You win or you learn”, he said, something that has become an adage for him, which he passes on to his players. “I learned a lot that year”.

“I was proud, even though the stats were what they were”, he said. “I was really proud with how we played. I know it didn’t work out the way we wanted it to work out. Eight years later or whatever it is, I’m glad I went through that process because I think that makes me a better coach today”.

The Ravens are returning a defense that will likely be entirely, or almost entirely, intact from a year ago, while also getting some players back from injury, such as Jimmy Smith and Tavon Young, both of whom have started at cornerback in the past two years. The latter missed all of 2017 due to a torn ACL.