It’s hard to say enough about JuJu Smith-Schuster’s rookie season. He was terrific on and off the field, becoming one of their most productive rookies every and beloved by everyone in Steelers’ Nation. Over at Bleacher Report’s NFL 1000, Smith-Schuster was ranked the 7th best slot receiver of 2017.

Joe Goodberry wrote this in his evaluation.

“JuJu Smith-Schuster brings toughness, physicality and a spark to the Steelers offense. He’s faster with the ball in his hands, but his routes are so good that his natural abilities don’t limit his success. A very good blocker and runner, JuJu is a great complement to Antonio Brown.”

“While Smith-Schuster has the speed to get open downfield, it’s his toughness in traffic and route awareness that made him an immediate fit in that offense.”

They dinged him for his route running, an 18 out of 30, the lowest section score of any slot receiver in the top 15. That is probably the biggest area for him to work on, and was a knock coming out of college, but he progressed really nicely as the year went on. So there’s plenty of reason for optimism.

In his rookie year, he showed toughness to make combative catches in traffic and his blocking greatly improved the Steelers’ ability to run the ball on the perimeter. He finished 2017 with 58 receptions for 917 yards and seven touchdowns. His 97 yard touchdown was the longest play from scrimmage in the NFL.

Surprisingly, Eli Rogers was not ranked for this list. But we know if he was, he’d probably be somewhere in the 25-30 range.

As for JuJu, it was a disappointing, quiet end to the season, but the start of the offseason meant one thing: finally eating some good food. 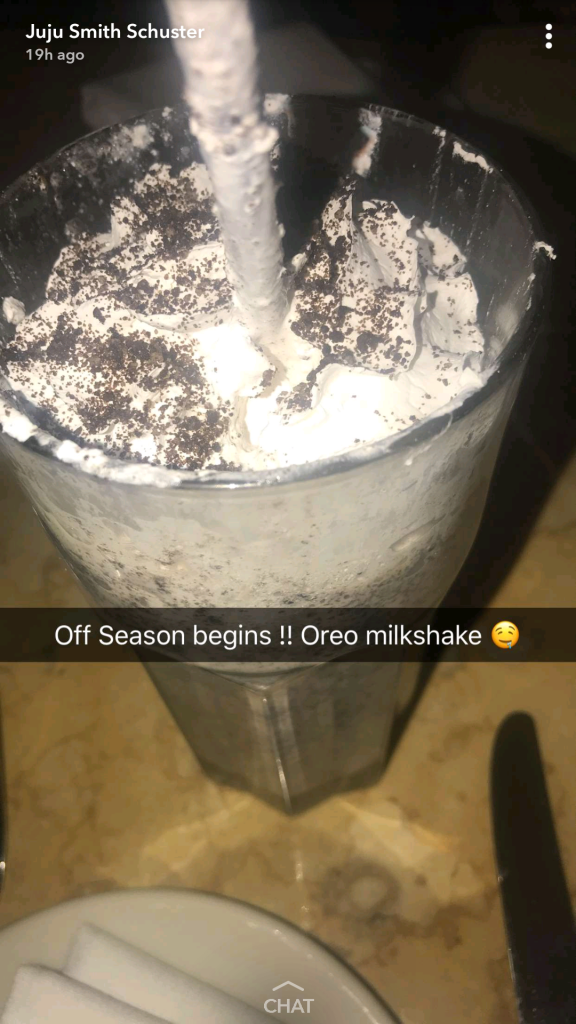