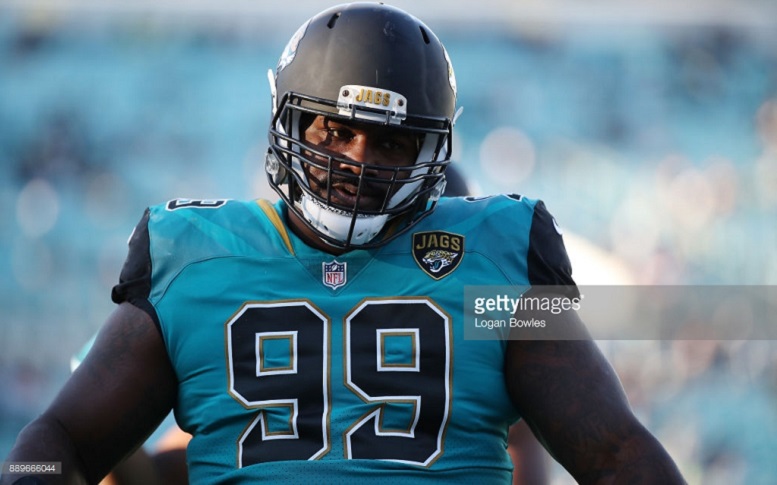 How many of you remember what the main narrative was about the Jacksonville Jaguars defense prior to them facing the Pittsburgh Steelers in Week 5? Forget? In short, the main narrative was that the Jaguars run defense was awful and that was based pretty much on the fact that they had allowed an average of 5.71 yards per rush in their first four games. If you remember, I pointed out way back then that Jaguars yards per carry average against was skewed heavily by the fact that they had allowed two extremely long runs and one other one of 33 yards.

While the Jaguars run defense has had its share of problems during the regular season, most of those problems occurred during their first eight games and prior to them acquiring defensive tackle Marcell Dareus from the Buffalo Bills via a midseason trade. Since Dareus arrived in Jacksonville, the Jaguars defense has allowed a yards per carry average of just 3.69 and that was seventh-lowest in the NFL from Week 9 and on.

Jaguars head coach Doug Marrone was asked about the improvement his run defense made during the second half of the regular season during his Wednesday conference call with the Pittsburgh media.

“We’ve done a better job in the second half,” Marrone admitted. “Obviously, we had the trade with Marcell Dareus coming here and that obviously helped. And both Abry Jones and Malik [Jackson] have been playing better from the inside from what was going on earlier in the year. So, basically, we’ve been able to pick it up from that end and play a little bit better but you’ve got to continue to do that each week.”

Here’s a stat I’ll doubt you’ll see elsewhere prior to the Sunday game between the Jaguars and the Steelers. Since the Jaguars acquired Dareus, opposing running backs have managed a successful run rate of just 34.9%. That’s not bad at all.

Sunday at Heinz Field the Jaguars defense will be tasked with shutting down Steelers All-Pro running back Le’Veon Bell, who had all of 47 yards on 15 carries in the Week 5 game against Jacksonville. Bell, however, will enter that game well rested as he hasn’t taken a hit in game since the team’s Week 16 win over the Houston Texans. Two of the Steelers staring offensive linemen, center Maurkice Pouncey and guard David DeCastro, also haven’t played since that game against the Texans, either, as like Bell, they were rested during the regular season finale.

If the Jaguars hope to beat the Steelers again on Sunday, they’ll most definitely need to contain Bell once again and that’s going to be a tough task and especially if linebackers Telvin Smith (ankle) and Paul Posluszny (abdomen) aren’t both 100 percent. Both Smith and Posluszny missed the Jaguars Wednesday practice.