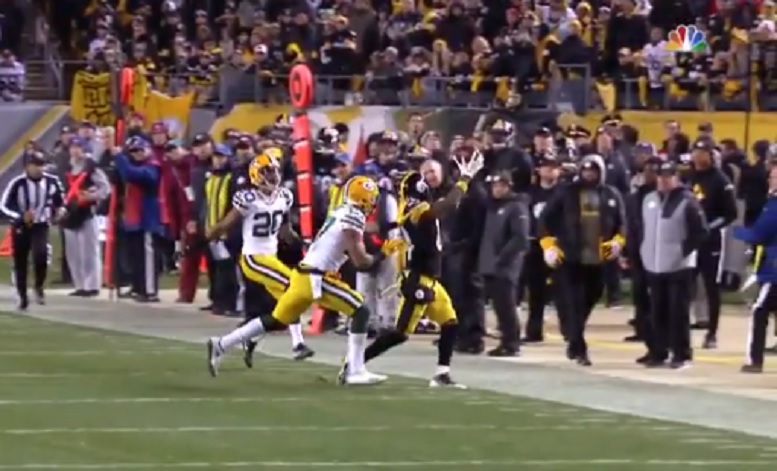 Pittsburgh Steelers wide receiver Antonio Brown is one of the five nominees for the 2017 Castrol Edge Clutch Performer of the Year Award.

Brown earned the nomination for his performance in the Steelers Week 12, 31-28 win over the Green Bay Packers. In that game, Brown recorded 10 receptions for 169 yards and two touchdowns and his performance marked his fifth game with 10-plus receptions and 100-plus yards, and he became the first player in NFL history to achieve the feat five times in multiple seasons (2015).

It’s surprising that Brown only won the award once during the regular season and especially for his Week 14 performance in which he recorded 11 receptions for 213 yards against the Baltimore Ravens. In case you forgot, Brown wasn’t even one of the five nominated players for that award that week even though Steelers quarterback Ben Roethlisberger was. Brown was nominated for the award in Week 1 and 11, however.

Fans can vote online for this year’s winner and The Clutch Performer of the Year Award will be presented at “NFL Honors,” which will be televised at 8 p.m. CST Feb. 3 on NBC.

Two hands, one hand, a helmet catch and so much more.@AB84‘s INCREDIBLE 2017 @Steelers highlights! ??? pic.twitter.com/EWbua9Jp9P