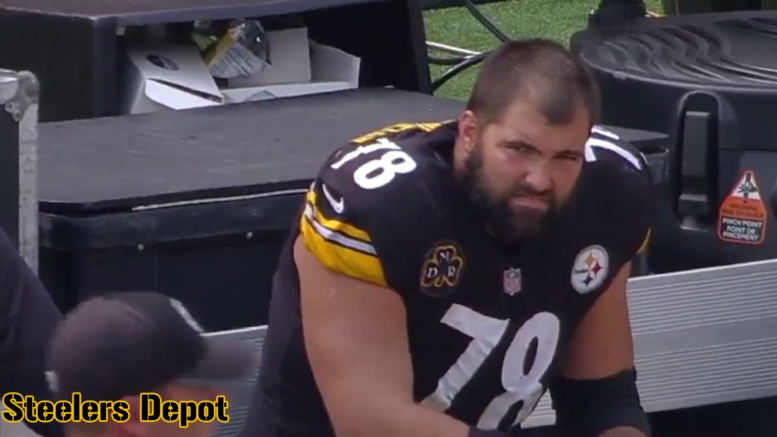 Leave it to Alejandro Villanueva to provide perspective, which is something that he had done throughout his time with the Pittsburgh Steelers, even before he was in the starting lineup—even before he was on the 53-man roster. When you come in as a decorated war veteran, it does help right off the bat, admittedly.

Four years ago, he was a practice squad project being converted to offensive line with very minimal experience from college several years prior. Now he is in the Pro Bowl being recognized as one of the better tackles in the game. But that doesn’t change his outlook.

“What I’ve learned from football is it’s a sport that humbles you”, he told the Pittsburgh Post-Gazette while down in Orlando for the Pro Bowl. “How humble you are and how you handle receiving the lessons football teaches will determine your success”.

He talked about how he was on the Philadelphia Eagles’ 90-man roster after finally making it years late following previous failed tryouts, interspersed between stints overseas with the Army Rangers in combat and non-combat duty.

“I was playing something like eight plays in the fourth preseason game. That puts you in the lowest category. That was humbling”, he said of the experience. “When you’re that beat down by the system, by the coaches, by the fact that you’re undrafted and then you’re able to overcome that, then you can see football for what it is. It’s a beautiful sport”.

I would venture to guess that that is an opinion he has arrived at as he has continued to gather knowledge, experience, and confidence. He realized that no matter your origin, you still have to put in the work to succeed.

“For me, it’s a lesson that to truly understand the game of football you can’t get caught up in the mystique or the aura of the pedigree of players”, Villanueva said. But succeeding on an individual level is not, and has never been, his goal when it comes to playing.

He wants to be where the Eagles are now, preparing to play in the Super Bowl. It is the ultimate team reward for the ultimate team game, and I can’t imagine anybody who understands that better than a war veteran who also plays on the offensive line.

“As soon as I turn on the TV, I see the Eagles logo or the Patriots logo and it’s going to burn me inside”, he said, talking about where he would rather be than Orlando. “When you’re able to share victories with your teammates it feels a lot better than coming here individually. The Super Bowl is what everyone wants to have. From that perspective, it always goes back to what could I have done better last season so next year maybe we’re playing a game next week”.

The 2017 season was Villanueva’s third in the NFL on a 53-man roster, and his first as an unquestioned full-time starter. Though now 29, he is still early into his playing career, with a reasonable chance to continue to improve his own skills, and thereby better improve his team’s ability to reach the Super Bowl.