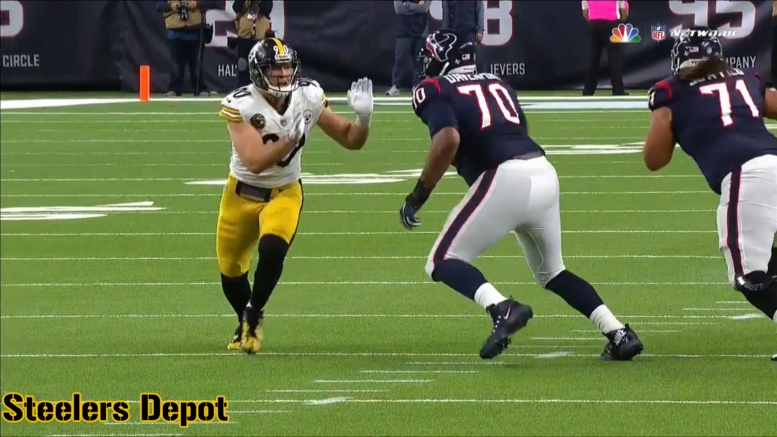 Question: Should there be any concern of the Steelers’ two rookie starters hitting a wall during their postseason stretch?

Even in comparison to last season, the Steelers’ top two draft picks of the 2017 class have been phenomenally productive, not just in terms of snaps played, but also in plays made and statistics recorded. The pairing of T.J. Watt and JuJu Smith-Schuster have been more impressive in their rookie seasons than were Artie Burns and Sean Davis, from my point of view.

Watt was an immediate starter at right outside linebacker, an action that eventually precipitated the somewhat ugly departure of James Harrison. The first-round pick recorded seven sacks, the second-most by a rookie in team history, to pair with an interception, seven passes defensed, a forced fumble, a blocked field goal, and 54 tackles

Smith-Schuster spent the first game or two getting oriented into the offense, but seemingly the only things that could stop him in the second half of the season were a bothersome hamstring and the suits in New York. His 917 receiving yards was the most by a rookie in team history, his 58 receptions second-most, and his seven receiving touchdowns fourth-most. He also added a kick return score.

In spite of their significant playing time, each logging over 700 snaps—which was a bit less than what Burns and Davis managed, it is worth noting—neither have shown any signs of hitting the proverbial wall. Watt even went so far as to say that he doesn’t really believe it’s a thing—or at least not one he will have to deal with.

Both of them did close out the season on high notes, but with at least 14 games apiece already under their belts, adding another three on top, what is the risk of the wear and tear finally setting in on these young bodies? Or are they immune?