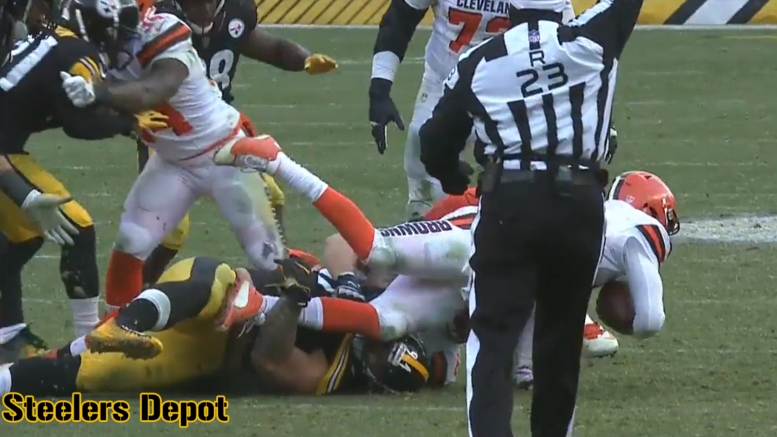 Perhaps nobody was happier about the acquisition of veteran defensive end Tyson Alualu than Cameron Heyward, who had been beating the drum for adding quality defensive line depth for the past couple of seasons.

And it turned out that the Steelers needed him, especially in the first half of the year. Heyward’s typical running mate, Stephon Tuitt, dealt with a couple of injuries that kept him sidelined for several games, and Alualu was needed to fill in.

He ended up logging nearly 450 defensive snaps this season for the Steelers, slightly less than Javon Hargrave, ending up logging the fourth-most snaps on the unit. But he finished with the second-most sacks, helped by a two-sack game to close out the season when he was given the opportunity to start for Heyward, the latter given the game off for rest heading into the postseason.

Alualu has been an asset whenever he has been on the field, and that shows in his 39 tackles, which is a stellar amount for the playing time that he received. Heyward had 50 tackles on nearly 800 snaps, in comparison.

This season alone, he recorded 22 tackles against the run as the primary tackler, two of which went for losses, for more for no gain. 18 of those tackles resulted in failed plays for the offense, and the longest gain was just seven yards. He had the highest run-stop percentage on the team.

Alualu has been a stout performer for the team, and has entirely embraced and bought into the Steelers’ way of playing football—or in his case, John Mitchell’s way, as he has been breaking down defensive linemen’s game and rebuilding them for over two decades in Pittsburgh. He has fit right in and performed as well. You can’t ask for any more than that.