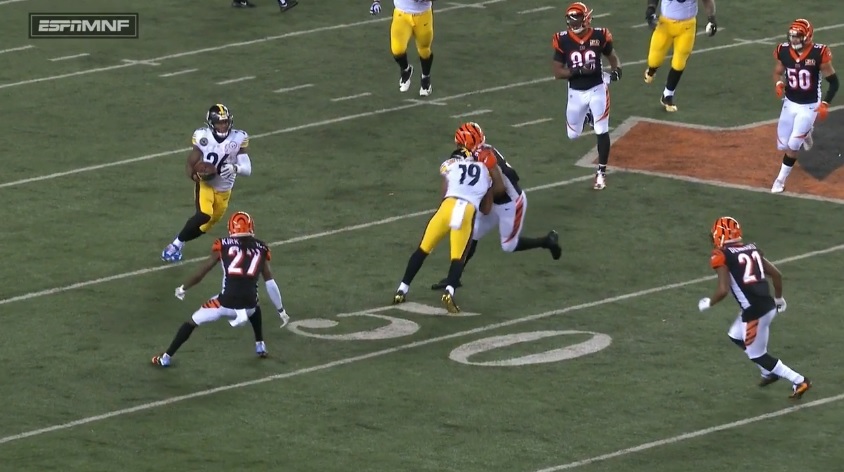 NFL Network’s Mike Garafolo is reporting the NFL is “strongly” considering suspending JuJu Smith-Schuster for his hit on Vontaze Burfict last night. Here’s the tweet he just sent out.

The NFL is strongly weighing a one-game suspension for Steelers WR Juju Smith-Schuster for his hit on Vontaze Burfict, sources say. Those involved are expecting that to wind up being the case.

Smith-Schuster illegally made contact with Burfict’s helmet on a crackback block and then stood over him afterwards, earning a taunting penalty. Burfict would be carted off though was not seriously injured. Another look at the hit.

Smith-Schuster apologized for the hit after the game. At today’s press conference, Mike Tomlin referred to it, primarily the taunting, as a “teachable moment.”

We should know the league’s decision in the near future. If he is suspended he’ll have the chance to appeal. He’ll be able to play until his appeal is heard. The Steelers take on the Baltimore Ravens Sunday night.

Earlier this week, the league announced a one game suspension for Rob Gronkowski following his late hit on cornerback Tre White. Gronk is also appealing the decision.

UPDATE (1:50 PM): The league has announced one game suspensions for Smith-Schuster and George Iloka.

Iloka is suspended for his hit on Antonio Brown in the back of the end zone late in the game.