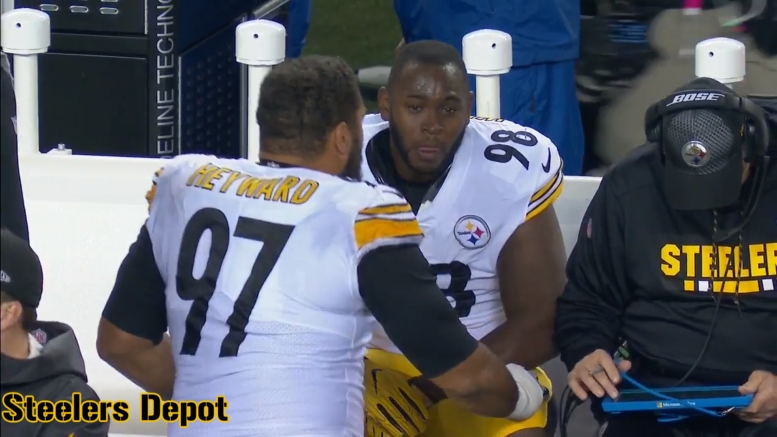 The Pittsburgh Steelers released the news yesterday that starting inside linebacker Ryan Shazier, who suffered an injury attempting a routine tackle during a game on Monday, underwent spinal stabilization surgery.

I’m far from qualified to know exactly what that means, except to say simply that whether or not he is going to make a return to the playing field is at this point completely irrelevant. The only manner in which it factors into the equation is transitively, in that it would indicate that Shazier was able to make a full recovery from his injury.

Some reporter actually asked Keith Bulter about Shazier in the context of football, and he wasn’t having it. “All I am is hopeful that he gets well”, the defensive coordinator responded, according to Aditi Kinkhabwala, who has done some of the best reporting of her career during Shazier’s plight.

Veteran linebacker Arthur Moats has spent hardly any time during his tenure with the Steelers lining up inside, having been almost exclusively an outside linebacker for the team, though the versatility to play inside is something that has always been bandied about.

Moats could be making his first start inside for the Steelers on Sunday, filling in for Shazier, but that didn’t interest him, nor was he thinking about his teammate getting back onto the field. That is, in fact, “the last thing I’m concerned about”, he told Mike Prisuta. “After seeing him on the field like that, I just want to see him walking”.

Defensive captain Cameron Heyward—who by the way was named the team’s candidate for the Walter Payton Man of the Year Award—struck a similar tone when faced with questions that inflected football into the concern over Shazier’s wellbeing.

What he said that he is worried about, according to Prisuta, is “Ryan being able to be there for his kids. Football’s going to run out, anyway”, he said. “That’s the last thing on your mind”.

And therein lies the core truth of the matter. For even an above average player, your playing career may last a decade, but that is still just a sliver of your life. The relationships that you forge during your career, the money that you make, the legacy you build, the lessons that you learn, and most importantly, your physical, cognitive, and mental health, those are the things that matter for the rest of your life.