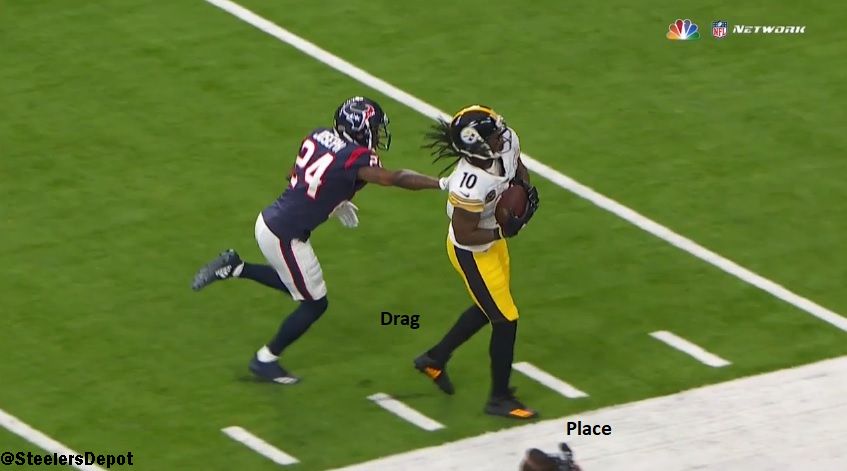 There’s no question it’s been a trying year for Martavis Bryant. Lack of playtime, the drama of wanting to be traded, you all know the story. But it’s gotten better lately and Monday’s win over Houston was a strong game. When Bryant is successful, he’s focused on the details and technique. His best catch of the day, a 36 yard over-the-shoulder grab in the first half of the blowout win, showed both.

You can thank Richard Mann for the Bryant catch. Because his teachings were implemented. The “place and drag” of a sideline catch, a concept Antonio Brown has talked about time and time again. Plant/place the sideline foot, drag the backside in making the catch.

That’s what Brown did in his highlight reel catch against the Green Bay Packers a month ago. 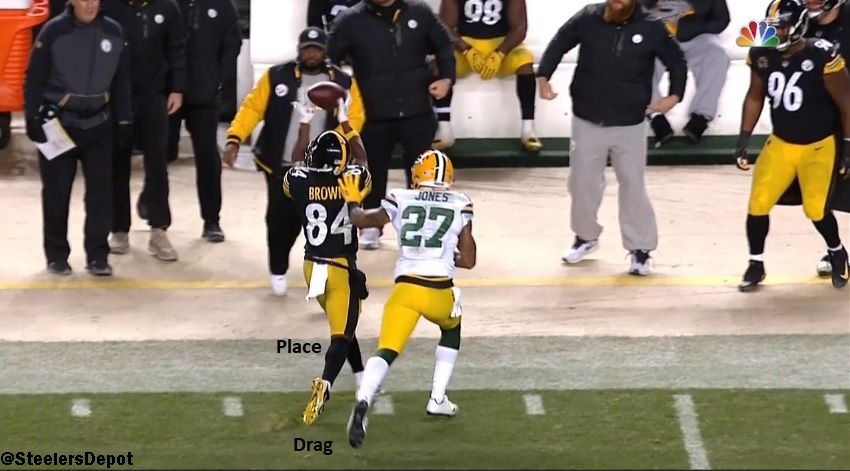 Bryant did the same against the Texans. And this was a tougher grab, letting it come across his body and catching/tracking it over his shoulder. Really well thrown ball by Ben Roethlisberger but still tight coverage. Bryant made the catch and then placed and drag. Frontside foot place, backside foot drags to complete the catch.

Bryant had a really strong game. Getting upfield, not dancing around on screens and end arounds. Playing to his size, turning a 3rd and 12 dumpoff into a first down. When he’s on the mark, and focusing in, Bryant can play at a really high level. That much is obvious but still, it’s nice to see it in action.